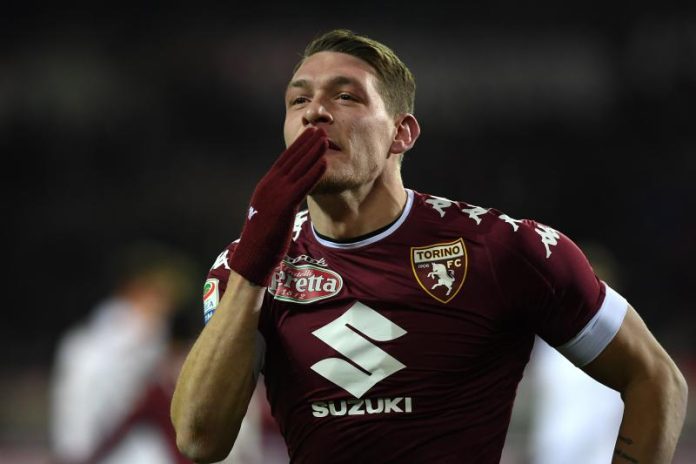 Premier League giants Manchester United have now made a £70m bid, in order to sign striker Andrea Belotti from Serie A outfit Torino. The reason for doing so, has been the fact that the Red Devils initial bid was rejected by the Italian outfit. The 23 year old attacker, is one of three players that current boss Jose Mourinho is quite keen on signing, this summer.

Apart from the young star, the Portuguese manager wants Ivan Perisic of Inter Milan and Real Madrid’s Alvaro Morata, prior to the start of the new campaign.

The trio could boost his front-line, which did not look too impressive in the league, though they helped the former Chelsea and Real boss, win some silverware.

It was the performance in the top flight of English football that was the main disappointment for the manager, who somehow stole a Champions League spot at the end, with his side winning the Europa League.

Some might say that it was a well planned move, while other might call it luck, the fact remains that Mourinho now wants to add more stars to his current side, in order to keep performing at the top level and winning titles.

Belotti had a tally of 26 goals for the Italian outfit, during the 2016-17 Serie A term is also keen to move to Old Trafford and if things work out perfectly, he could be soon playing in Manchester.

It is not that easy to resist a move to The Theatre of Dreams and let go of the opportunity to work with a world-class coach like Jose Mourinho.

This will be on the mind of the player as well and hopefully, he signs soon for the English outfit soon.