Star Striker Talks About His Plans For The Future, With Arsenal Still Keen To Have Him? 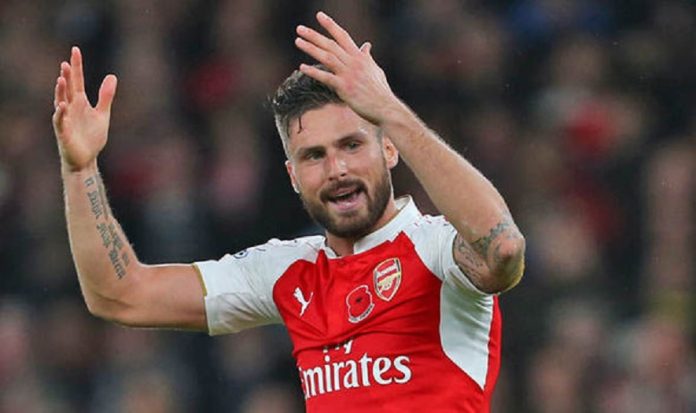 Rafa Benitez’s newly promoted side Newcastle United has been active on the transfer market. Their latest target was Arsenal’s rather underused striker from last season, Oliver Giroud. The Frenchman is not getting much playing time in the Gunners side but has been great whenever he has played. In the 11 Premier League games in which he has started, he has scored 12 goals. However this move to Newcastle might not be a good one for him.

It was being suggested that Newcastle has launched a £22m bid for Giroud. It is also heard that Newcastle are not the only one looking for the Frenchman but West Ham United and Olympique Marseilles but Arsene Wenger does not want him to leave from his side.

Despite that, the 30 year old has dismissed speculation linking him to leave Arsenal by saying that he has a good appetite for titles and would not like to leave a club where he can win titles.

Arsene Wenger has ended this transfer saga as Giroud has renewed a two year contract with the club which would let him play in the Emirates Stadium in the coming year.

It would be interesting to see how Wenger makes use of the Frenchman this season as it is expected that he would be playing more this season.

He is 30, which might make him unfit for playing the full game but still he has got that desire which makes him a better player in the end. His loyalty towards the club and his desire to win more trophies is commendable.