Turn Of Events, As Real Madrid Star All Set To Accept Arsenal Or Liverpool Offer? 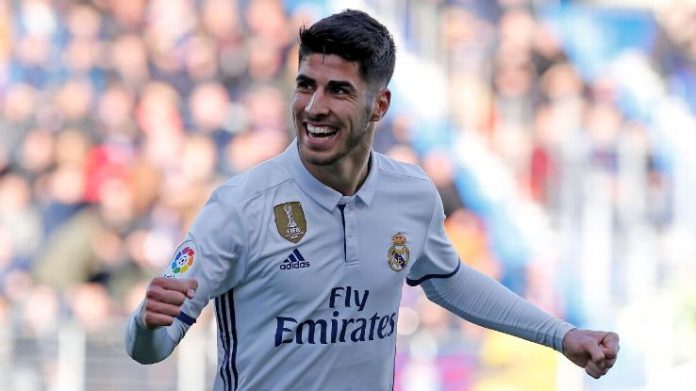 Every player wants regular football, whether he or she is at a top club or at a very small one. The desire to play in the starting eleven can make the most loyal players leave their clubs, as watching from the bench is not what a footballer is meant to do, unless injured or not fit to play.

Keeping that in mind, according to reports, Real Madrid’s Marco Asensio has suggested something similar to his current side.

The 21 year old attacker has demanded that he be taken seriously by manager Zinedine Zidane, as a contender for a spot in the starting eleven.

Otherwise, the Spanish international might consider a move to the Premier League, with both Arsenal and Liverpool looking quite eager to add him to their current squad.

The Gunners failed to finish in the top four of the top flight of English football and will not be playing in the Champions League, in the upcoming term.

They did manage to win the FA Cup, as a consolation prize for all the efforts that they put into the season.

On the other hand, the Reds did not win a single trophy last term, though managed to finish in the top four of the league eventually.

Both Wenger and Klopp will not be happy by the way, their teams have been performing in the recent seasons and consistency is surely a key factor for success, which their sides have not been able to showcase a lot lately.

Apart from the English duo, Serie A champions Juventus too want to get hold of the winger, who has been really impressive.

The star managed to score a hat-trick for the Spanish Under-21 side, in their match against Macedonia on international duty at the European Championship, which might have once again caught the attention of a host of clubs that want him.

The transfer window has already had a lot of drama this time around, with top clubs being linked with a lot of names and eventually offers being made.

Similar could be the case for Asensio too, though it will be quite interesting to see whether Los Blancos decides to keep hold of him or not.

another key factor will be Champions League football and which players eventually leave Madrid this summer and move on with their careers.

Things will surely not be simple and it will be an interesting battle between all three clubs in order to acquire his services, for the upcoming campaign.

Well, whether or not the move goes through, shall be known soon, though we will surely be reporting it and you can like our Facebook page for more regular updates.