Wow! What Will Wenger Do As Arsenal’s Premier League Rivals Are Eager To Sign Theo Walcott For £25m? 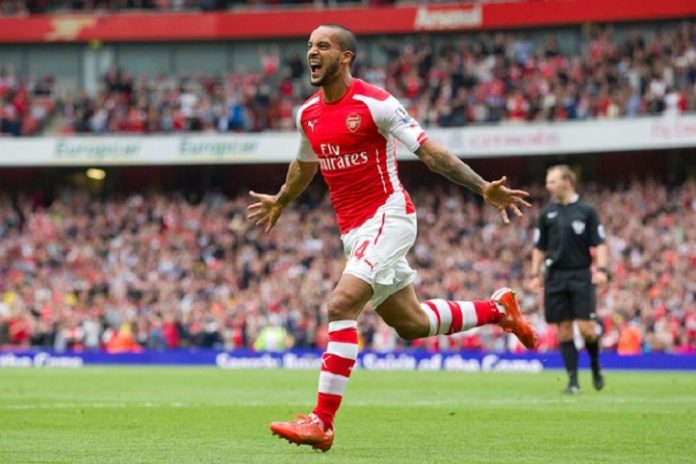 Losing out on their place in the top four could now cost Arsenal a lot more than just than their right to play in the Champions League. With a host of top players from the club being linked with a move away to various other domestic rivals, another name can now be added to this list.

The club which is interested is West Ham United and the player they are keen on signing is striker Theo Walcott.

The 28 year old attacker has not always been the best player for the Gunners and has been in and out of the team, under Wenger in the past few years specially.

His poor form and injuries have seen him spend a lot of time on the sidelines than in the first team, though he did manage to have a comparatively better last season.

Despite that, it eventually ended up not helping his side and they were really disappointing in the league once again.

With that said and done, Wenger is looking for more strikers and the Hammers are now looking to sign the Englishman, after previously being linked with his team-mate Olivier Giroud as well.

It could be an interesting story to watch out and only time will tell what will happen next in this tale. You can like our Facebook page for more information, as and when there is an update.

What Should Wenger Do?? (My Opinion) :

With many of our attacking players being linked with a move away from the Emirates, it is best to keep hold of our stars till we don’t really add some alternative, high quality options. If Walcott has to be sold, it must only be done, if we are desperate to cash in on him for the purchase of a few good players. The Englishman has been a loyal servant of the club and if unfortunately he must go now, we should at least give him a good sending off.

Though, this could be one case, I personally do not see Wenger letting him go anywhere. What better can West Ham offer him?? Trophies?? Definitely not!!