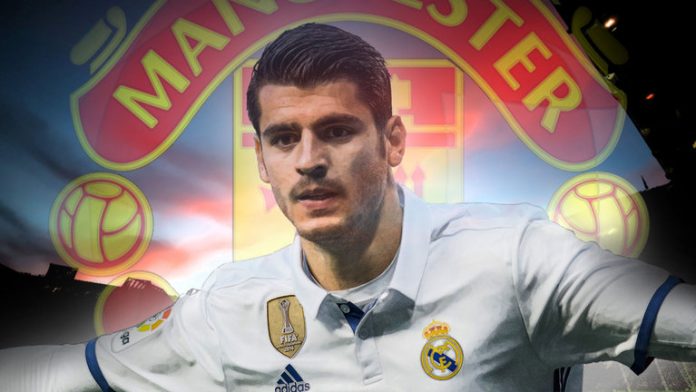 Finally, the moment that most Manchester United fans must have been waiting for all summer long, is here upon us. Or is it? Well, if reports are to be believed, it is actually happening now. According to a recent story in the Daily Star, the deal has now been done, as Real Madrid president Florentino Perez has now agreed to it.

The Spaniard has been one of the top stars that the Red Devils have been chasing for quite some time now and things seem sorted at the moment, as per these newest claims.

With Morata’s father and agent both meeting the club authorities in order to get a deal done, it seems that the process might get completed soon.

Further, there was a story by Diario Gol, which suggested that the discussions were quite positive, which will be a good sign for the Red Devils.

The champions of Europe have asked the Premier League giants to pay a fee of about £61m (€70m), in order to acquire the services of the former Juventus man.

Jose Mourinho is in need of more attacking options, with the departure of Zlatan Ibrahimovic from Old Trafford and adding the 24 year old Spanish international, seems to be part of his big plan for the club.

Well, if the deal does go through, hopefully Morata will get more game time at The Theatre of Dreams, than he got in Madrid.

If the move is completed, as per these recent claims and Morata does move to Manchester, it will be a tough choice for the manager, as he already has the likes of Marcus Rashford up front. Honestly, I was never up for the idea to have Zlatan at the club, as it would eat up time from the Englishman’s account.

The more that Rashford plays, the more chances he has to showcase his talent and I honestly feel that he is a United legend in the making, if given the right kind of time on the pitch.

Hopefully, the Portuguese boss can balance that out and not leave him on the bench for too long, as it would really be sad to see such a talented young star go to waste.

Also, there is no doubt that Morata is class as well. So if Mourinho begins to favour his home-grown young star and the Spaniard fails to impress, it could be deja vu for him all over again.

This is one complicated situation and it will be interesting to see how the Special One handles it, once the season begins.

Definitely this is one deal that United need and on the other hand, Real will enjoy the money coming in and invest it on another set of young players in the future, as they always do. That is why, they are one of the richest clubs in the world and the smartest ones too.

The La Liga champs know that United are desperate at the moment and will pay a good fee for Morata’s services, which si why they are cashing in on their priced asset as well. Personally, that was the whole idea of having him back in their squad and buying him back from Juventus. Well played Perez!!

Share
Facebook
Twitter
Pinterest
WhatsApp
Previous articleWow! Chelsea In Talks With Real Madrid Over A Deal For This Brazilian International
Next articleChelsea Prepare To Offer Tottenham £88m For PFA Young Player Of The Year