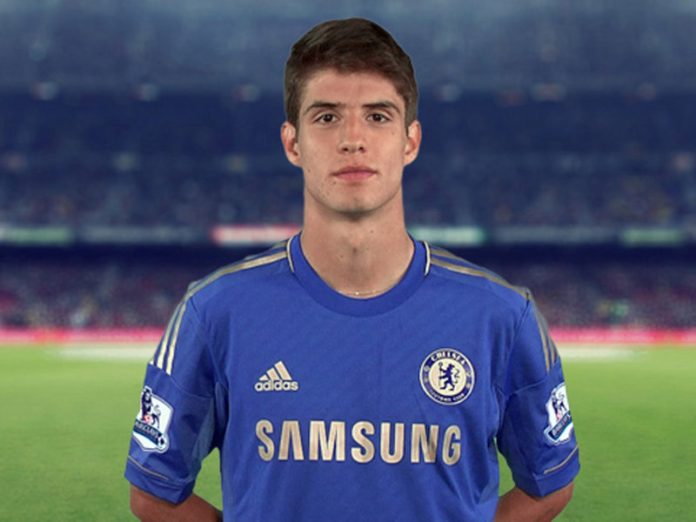 Deal complete!!
Championship club Fulham have re-signed Chelsea youngster Lucas Piazon on a loan deal for two years. Having spent almost all of his time at Chelsea on loan, the forward is set for another two seasons as a footballer at Craven Cottage. Piazon was signed by Chelsea in 2012 after impressing as a teenager after the London club fought off interest from Juventus His signing was secured after he joined the club in 2011 and played an instrumental part in winning the FA Youth-Cup.
However since then, Piazon has made only one Chelsea appearance so far as he has spent almost all of his time out on loan playing at different clubs.
Despite not able to break through to Chelsea’s first-team squad, his talents were not wasted on the bench and Chelsea decided it would e more fruitful for the player and club if he were loaned out to another club for his development. There were loan spells at Malaga, Vitesse, Frankfurt and Reading before he joined Fulham last season.
The Brazilian helped Fulham reach the Championship play-offs, but there was heartbreak for Piazon and his side as they were knocked out by Reading in the semi-finals. Piazon managed to score six times in 33 games in a positive season for the West-Londoners and is determined to do one better this time around.
At 23, Piazon is still young and quick, he is known for his flair mixed in with an ability to take different types of set-pieces and something that all midfielders should have, passing accuracy. His clinical finishing is often overshadowed as he is deployed as an attacking midfielder instead of a centre-forward. His role in midfield has helped him become a better reader of the game. He has often drawn comparisons to Kaka in his style of play, but Piazon insists he is different and is more of a passer, than someone who can run with the ball.
Further, Piazon was naturally happy to sign the two year deal at the club which he played last season, he stated, “I believe it is a very good move for me and I am very happy with the decision, there is a certain feeling of unfinished business. It felt like I must come back and help the team to reach what we were chasing last year, so it will be a very exciting season. “
He added, “This is the first time I will spend two seasons with a club. I am excited to see the boys and get back into training.”
Youngsters vs big money stars?
The debate will always be on whether a club should rely on their young stars or go in for big money players, who will help them win titles. Though the level of competitiveness has really gone high in the world of football, it also becomes essential to focus on the long term development of these players, who have been loyal to the club’s for years and are never really given enough opportunities to showcase their talent.
This could be another such case, if the player spends a few more years away on loan at various clubs and does not make it to the first team at west London.
Whatever be the case, do like our page to keep track on the latest happenings in the world of football.
Share
Facebook
Twitter
Pinterest
WhatsApp
Previous articlePremier League Outfit Confirms Signing Of Former Manchester United Star
Next articleHuge Update On Alexis Sanchez’s Future, As Arsenal Try To Retain, While Chelsea And Manchester City Look To Sign