Huge Update On The Future Of Liverpool And Chelsea Target, Wanted By Real Madrid And Manchester City Too 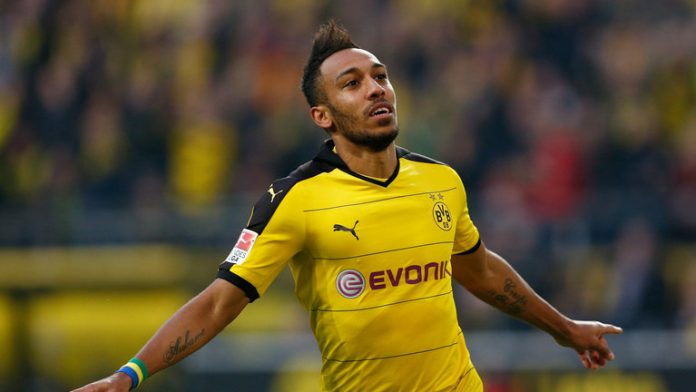 Story So Far-
The Premier League champions were ready to complete a £68m deal for Borussia Dortmund striker Pierre Emerick Aubameyang and Antonio Conte had insisted that he has a long-time admirer of the forward and that negotiations for his transfer were in process. However, the Alvaro Morata signing changed that. While, Liverpool were in the hunt to sign the player as well, their interest did not seem rather firm.
It was always a now-or-never deal that the German outfit have put on the English club, stating they do not want to wait too long for a decision, primarily as their pre-season tour has already started on the 24th.
With Chelsea’s current striker Diego Costa’s future looking uncertain at the club, the Blues do have Morata, but were looking at the Gabon international as well.
Chelsea missed out on bringing Romelu Lukaku from Everton, as Manchester United sealed the deal for the big Belgian last week and the champs might still want more additions, after their loss to Bayern.

The west London club will re-enter the Champions League and will have to add depth to a quality squad, if they want to remain the champions of England.
However, the Blues were confident of beating their league rivals Liverpool and Manchester City in a race to sign Aubameyang, as Conte prepares for his second season in charge.
The 28 year old Aubameyang is as quick as they come in the football world and his rise to stardom has made a host of clubs keen to sign him.
With lethal pace to ghost past defenders and the dribbling ability of a skilled winger, he has been a target for Real Madrid since quite a while, as they still look to poach him after the loss of Morata.
Scoring 40 goals last season across all competitions, he has now stated to his club that he wants to leave, he was also the top-scorer in the Bundesliga with 31 goals in 32 games.
Latest Update-
A recent report coming from Sky Sports News suggests that the player wanted by these two English giants has suggested that he wants to move to the San Siro and play for AC Milan. The Serie A giants are already going places in the transfer market and now this.
It could be a huge boost for them and they could once again become a top club in European football in the years to come.
It seems that the transition phase from the club from Italy has passed now and things are heading towards the better.
However, it would be a huge loss for the Reds and the Blues and Real as well, if they lose the 28 year old attacker to one of their European rivals.
What Will Happen Next?
Chelsea’s interest would have faded to an extent after the Morata signing, though if Costa leaves they might still think about a move. The Kops and Citizens indecisiveness is once again going to hurt them, as Pep Guardiola’s obsession with Alexis Sanchez continues.
While no one knows what is on Real’s mind, with Milan in the picture now as well. An interesting story, which can have a crazy ending.
Will Aubameyang pick the Reds for Jurgen Klopp once again or will Chelsea finally bring in a quality striker at the Bridge? Will he sign for AC Milan and will Dortmund let go of their prized asset? Many answers to be revealed in the upcoming weeks of the transfer window, stay tuned and like our page for the answers.
Share
Facebook
Twitter
Pinterest
WhatsApp
Previous articleManchester United Boss Jose Mourinho’s Big Dilemma In The Race To Sign Star Winger
Next articleDieter Hamman’s Message For Liverpool, As Legend Urges Club To Sign This Star