Latest Update On Liverpool’s Chase For This Defensive Superstar 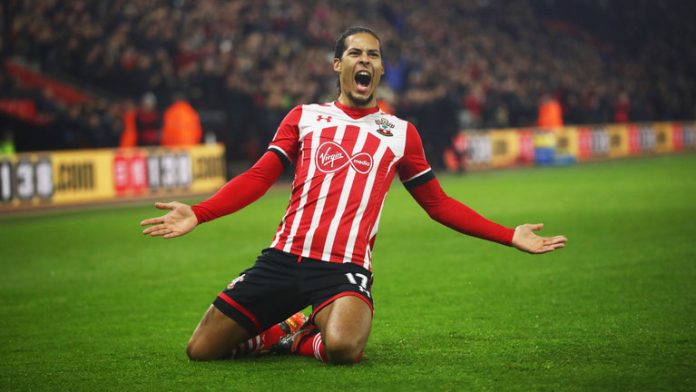 The Ups and Downs of the transfer window-
Jurgen Klopp and his Liverpool team has received a major boost with Southampton man Virgil Van Dijk stating that he will leave the club only for Liverpool. Reports have now claimed that there are negotiations going on between the two clubs and Van Dijk could move to Anfield before the season begins.
Van Dijk has been one of the most wanted centre-backs in the league after his colossus displays last season.
Though he spent the second half of the season out with injury, many top clubs wanted to sign the Dutchman despite him being out of action.
Liverpool were once out of the Van Dijk race when there were rumors that the club illegally tried to sign the Saints’ captain, but now the transfer saga has resurfaced after Van Dijk clearly wanted a move to the Merseyside outfit.
At six feet and four inches, Van Dijk’s towering presence makes him a threat in the air when he turns 50/50 battles into virtually 70/30 in his favor.
He has accomplished himself as the leader in the Saints’ back-line which made it to the EFL Cup finals last season only to lose out to Manchester United, in which he did not feature due to his injury.
Though, he was part of the team that knocked out Liverpool, who were scoring at will, in the semi-finals, in a tie where the Reds failed to score even once.
Liverpool did not score in any of their last four competitive games against Southampton and that was largely due to some outstanding defending leadership that was primarily due to Van Dijk.
The 26 year old was signed by Celtic in 2013 where he won the Scottish Premiership as well as the Scottish League Cup and was picked up by Southampton in 2015, where he has made a thorough impression on a lot of fans.
With quality ball playing from the back, classy and fast Van Dijk is a dream centre-back for any team and could just be the missing piece in the Liverpool rearguard. Former Liverpool player Danny Murphy stated, “Personally, the problem for Liverpool was more defensive (last season),” Murphy said. “I think the Van Dijk thing is close. That would be a phenomenal signing. But there’s definitely more business to be done at Anfield.”
Could the in-demand centre-back join Liverpool or will the club face another troubled season if they do not sign an accomplished defender?
Having brought is Mohamad Salah from Roma for a record signing at the club, getting Van Dijk could also prove to break the new record given the attributes and skills he possesses.
Latest Update-
Though the Sun also says that the deal is still on, the Reds’ fans will surely not be buying that(literally). Further, Graeme Souness, has also hinted that a move could still be on, which might give the Anfield faithful some hope that it might still happen.
Klopp is in need of some serious signings, despite adding a few others, as his team will need to fortify every aspect of their play, as they look to make a lasting impression in the Champions League. Don’t do an Arsenal!!
Share
Facebook
Twitter
Pinterest
WhatsApp
Previous articleShocking: Arsenal And Tottenham’s Defensive Target Signs Five Year Deal
Next articleMikael Silvestre States That Manchester United Already Have Their Own “Kylian Mbappe”