Left-Back Wanted By Arsenal, Talks About The Interest From Liverpool And What He Plans Next 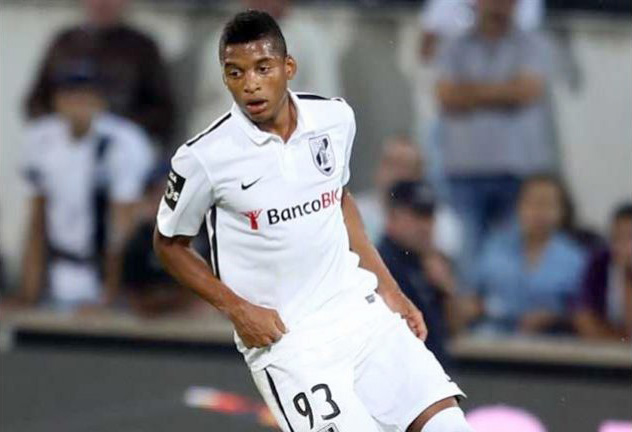 The Story So Far-
Reports had suggested that Nice left back Dalbert Henrique was one of the hottest new properties in the European market. With clubs like Atletico Madrid and Inter Milan in the hunt to sign the Brazilian defender, Liverpool and Arsenal were the two English sides joining Manchester City in the pursuit back then. There were various claims being made about where the player would end up, though a deal did not go through with any of the sides.
The 23 year old Dalbert began his career in his native Brazil where he joined Academy De Viseu in 2013, and made 45 appearances scoring twice at his stay.
He then joined Vitória de Guimarães in 2015 before moving to French side OGC Nice and made his league debut on 14th August 2016.
He has since gone onto impress a few top clubs with his defending and attacking abilities making 33 appearances and helping his team finish third in the table.
At the end of the season, Dalbert was a very important figure at the back for Nice, assuring the French side a solid pillar down the left side, allowing them a formidable feat of conceding the second lowest tally of goals, forming a formidable partnership in defense.
This brought a lot of speculations this summer and  sides that were in dire need of a left-back.
On the other hand, Liverpool manager, Jurgen Klopp could find the missing piece of the final jigsaw to his defensive puzzle in the form of the Brazilian after Alberto Moreno had to be replaced by stand in midfielder James Milner.

One thing the Reds have lacked is stability in defense down the left side of the pitch, which technically requires a left-footed player. Although James Milner has fit in well his adaptability couldn’t come close to the natural-ness that could be provided by Dalbert.
Arsene Wenger has also been linked with Dalbert as he could offer extra space on the flanks in a packed midfield which would allow the ever-running Arsenal players to drift into pockets of space.
Dalbert had also provided four assists along the season, which is always a bonus when defenders manage to pick out the right passes in the attacking third, again, fitting in well with Wenger’s philosophy.
Dalbert is currently tied down on a contract with Nice till 2021 but rumors have surfaced he is willing to move away from France to join Inter Milan. Arsenal and Liverpool do have the budget to go after the Nice starlet, who is currently priced at £26m.
The Recent Update-
The defensive superstar has now revealed that, a huge offer was made to him by Inter, which tempted him to hold off the interest shown by the Merseyside outfit. Jurgen Klopp’s side had an advantage in the race to sign him, though it seems that it is lost now.
The really talented player might probably move to San Siro instead and it will be interesting to see what happens next. Like our page for all the latest news and updates in the world of football.
Share
Facebook
Twitter
Pinterest
WhatsApp
Previous articleDeal Or No Deal? Update On Arsenal’s Chase To Sign Star Winger, As Wenger Wants More Quality
Next articleManchester United Still In The Chase To Sign This Versatile Defensive Superstar?