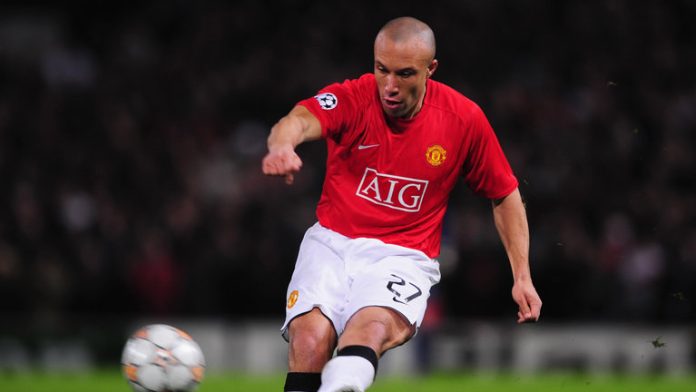 What a comparison!!
Manchester United have already got their own Kylian Mbappe believes former Manchester United and Arsenal defender Mikael Silvestre, and he is in the form of Anthony Martial. The French forward did not get many games last season due to Zlatan Ibrahimovic’s performances, but Silvestre now thinks that with the Swedish strikers exit imminent, Martial will be able to deliver for United on a very consistent basis.
The AS Monaco forward Kylian Mbappe has grabbed much of the attention in the past few months after his outstanding performances led the French club to win their first Ligue 1 title in 17 years.
Mbappe has been one of the hottest properties around Europe, as he is wanted by a host of clubs including the likes of Real Madrid, Arsenal, Manchester City and Liverpool, which is already a big feat in the first place.
So he should be after massing a total of 26 goals and eight assists also leading his side to the Champions League semi-finals. At 18 years old he is deemed ‘a huge talent’ and his playing style compared to the likes of French legend Thierry Henry.
However, fellow countryman Silvestre, who spent nine years at Manchester United has deemed Anthony Martial as good as Mbappe.
Martial, 21, made the switch from Monaco to Old Trafford in 2015 for a fee of £37m and had a great start to his United career under Louis Van Gaal.
The teenager netted 17 times as he helped the Red Devil’s win their first piece of silverware since Sir Alex Ferguson’s departure, by being crowned FA Cup champions.
Under Mourinho it was a different story as his growth was stunted scoring just eight goals across all competitions and mostly playing second fiddle to Ibrahimovic.
There was an offer from Sevilla in January, but Martial decided to stay and is now looking for life-again under Mourinho.
Silvestre stated that United need not splash out another £100 million to recruit Mbappe. In a recent interview he was asked if Martial could have the same impact as Mbappe to which he said, “Yeah, yeah, definitely,” said the former France international, who is with Martial and the team on United’s tour of the United States.
Every time he touches the ball, even out here in training when it’s early doors, you can sense the danger and the defenders, I wouldn’t say they’re afraid, but you don’t dive into a challenge when you’re facing Anthony, because he can go left or right, and beat you with speed.”
He further added, “Zlatan’s aura was big, so was his character, his ego, and what he was spreading around him was sometimes intimidating for the younger players, but also it gives you an example to follow, so it was good to have him around.”
“For the younger players and Anthony, you would expect them to score more goals, and not put all the pressure on Romelu for the first season. Marcus has to score more, Anthony too, and all these players will benefit from the work of the team, but it was not consistent last season.”
Share
Facebook
Twitter
Pinterest
WhatsApp
Previous articleLatest Update On Liverpool’s Chase For This Defensive Superstar
Next articleThe Story Of How This Liverpool Star Finally Ended Up In Italy