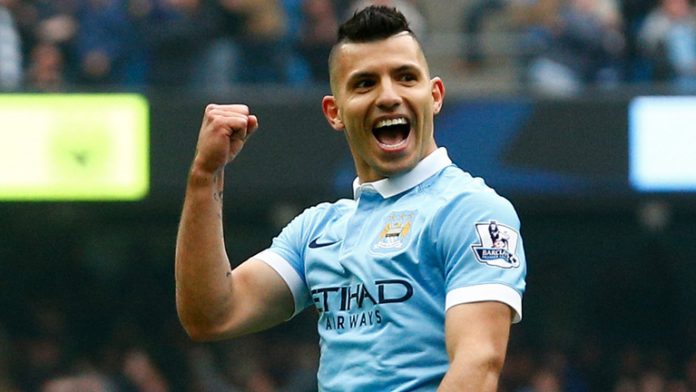 The current transfer window has been totally crazy and the madness does not seem to be coming to an end, as now yet another potentially shocking transfer saga could be on the cards. There are now speculations going around that the champions of England, Chelsea, want to sign Sergio Aguero from Manchester City and that manager Pep Guardiola has given the “thumbs up” to the deal.

The story comes as a huge surprise, as it was stated at the end of the transfer window that the Argentine international was not interested in leaving the Etihad, any time soon.

It seems that the club might be considering a sale, after adding a few new players to the squad and the fact that the attacker has had some major injury problems in the seasons that have gone by.

The news comes from Spanish journalist Manu Sainz, who has suggested that the player was not happy about losing his place in the starting eleven, last term.

Though letting him go will not be the best decision for City, as a football club, it makes more sense from a business point of view.

Guardiola has already managed to reinforce his squad in the current transfer window and might be considering adding some more targets in the upcoming days.

Also, Brazilian star Gabriel Jesus took his place in the playing eleven in the previous campaign, which might have frustrated him and he was possibly considering a move away as well.

This could be the main reason why Pep himself does not consider the 29 year old striker, as part of his plans anymore and will let him go, as the club looks to cash in on him.

From the point of view of the west London outfit, they would surely want to sign a player like Aguero, who is a renowned goalscorer and a world-class player. However, the Londoners must consider the fact that the attacker is injury prone and sort out terms based on that, as they look to sign him.

His fitness has always been an issue due to which Pep has decided to let him go and bring in someone who can play more games for him, while having the similar kind of ability in front of goal, though replacing Aguero’s skills will be highly unlikely.

It is a compromise that the Spaniard is ready to make, knowing the kind of players that he has in his side, who are still quite young and physically fit.

Further, if it benefits Chelsea’s cause too, why will Conte complain, he will just pay the fee that City asked, if it is not too much and buy the attacker.

The only issue will be the fee for him and his wages and whether he will accept a pay cut if needed to. The Premier League champs do have the money to spend and is Aguero the right player for their squad, only time will tell.

What is your take on this deal? Do let us know and like our page for more timely updates and stories.