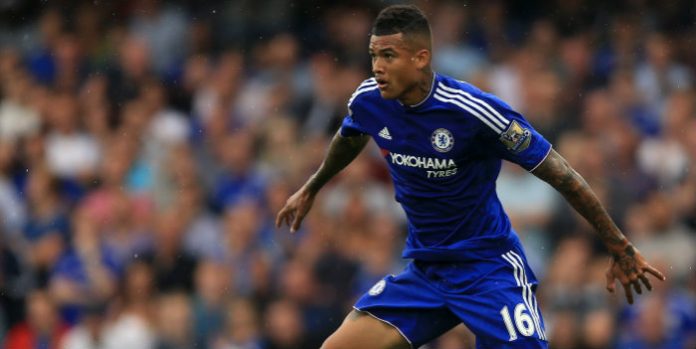 Chelsea had a terrible beginning to their title defense as they were humbled 3-2 against Burnley at Stamford Bridge in a game which saw Gary Cahill and Cesc Fabregas receive red cards which forces a suspension on them for a few games. Also, Kenedy was on the bench for the Blues in this game as the club continues their delay in loaning him out to other interested clubs.

The 21 year old is likely to move to Rafael Benitez’ Newcastle United before the end of the transfer window as per recent reports. However the Blues boss Antonio Conte is seemingly falling short of players at his disposal, which is not something that the clubs faithful fans would prefer happening.

Chelsea comfortably managed to lift the Premier League title last season, as they were able to play most of the same team every week, as they did not participate in Europe last term. However, now the London club cannot afford to do so, with the Champions League as well as the domestic Cups this season, players are more likely to get injured or fatigued with the schedule.

Many other reports have suggested that Conte wants at least four more signings before the transfer window shuts, in the name of Danny Drinkwater and Alex Oxlade-Chamberlain seemingly useful priorities.

Conte has also targeted other big names such as Liverpool target Virgil van Dijk and Juventus’ Alex Sandro, but there seems to be conflict of interest between the Chelsea boss and the Chelsea board over the signings.

There are also worrying signs with the lack of youngsters at Chelsea given very few opportunities with Kenedy being one of them. The Brazilian was picked up by Chelsea from Fluminense at a young age but not given a lot of time to play in the first-team. He spent last year at Watford on loan and was sent away from Chelsea’s pre-season tour after an offensive post on Instagram about China.

If the Italian manager is serious about adding more stars to his current squad like Drinkwater and co., it would not make sense for him to keep the Brazilian star at the club and should just let me move away temporarily for more exposure and game time. However, one main reason for the fact that Conte has not done that so far, could be because he has not really been able to sign a lot of top players.

He might still be feeling that he needs the quality of a player like Kenedy at Stamford Bridge and losing out on him, could be risky even after the arrival of Drinkwater from the Foxes.

If more players do arrive at the club in the days to come, things might be different for the 21 year old superstar and it will be interesting to see how this transfer saga shapes up in the next few days.

Whatever be the story, we will report it and you can read it on our FB page for sure.

Share
Facebook
Twitter
Pinterest
WhatsApp
Previous articleHow Liverpool Showed Their Opponents That They Are A Force To Reckon With
Next articleWhat A Sad Way To Go, Is This The End Of This Arsenal Superstar’s Time At The Emirates?