Chelsea To Look For Another Young Midfielder, As Transfer Window Draws To A Close 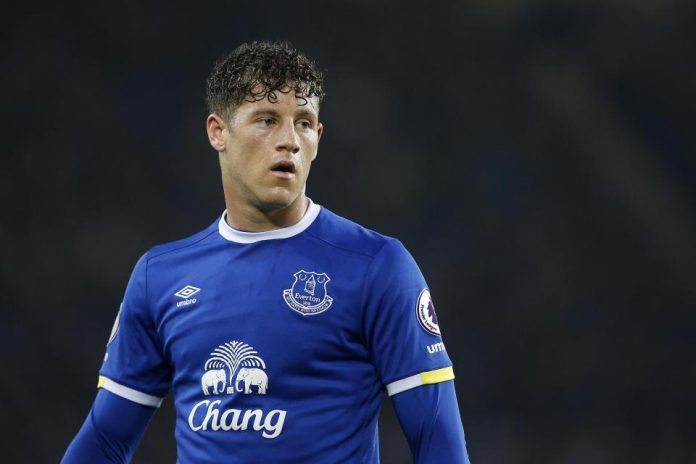 The Blues have not had a tremendous start to the Premier League season after having lost the Community Shield to Arsenal and their opening game to Burnley 3-2 at Stamford Bridge, though they have recovered to some extent with a couple of wins now. Therefore, to bring in more players into the club, Chelsea manager Antonio Conte is now looking at Everton midfielder Ross Barkley.

Chelsea haven’t made any major impactful signings in this summer transfer window but still managed to bring in Alvaro Morata, Antonio Rudiger, Willy Caballero and Tiemoue Bakayoko. Although, they weren’t Conte’s prime targets he is now looking to strengthen his squad by pocketing Merseyside club Everton star man Barkley.

Barkley is one of the few targets that Chelsea are looking to sign along with Leicester City’s Danny Drinkwater and Arsenal’s Alex Oxlade Chamberlain. However, Barkley remains to be top priority.

The 23 year old is one of the most talented and hard-working footballers in England at the moment and has caught the eye of several other top European clubs. A dynamic midfielder in the center of the pitch, Barkley has strength and power to dominate a game. Blessed with technique, he has been a key member in the Merseyside club, Everton since joining in 2010.

However, Barkley spent two seasons on loan at Sheffield Wednesday and Leeds United before returning to Everton and forming a solid establishment in the team. But the England international will be out of action till December which may actually favor Everton, as Chelsea are currently looking to re-build their squad to defend their League title.

London rivals Tottenham are also keen on recruiting Barkley, who should fit well into manager Maurico Pochettino’s system. Spurs are offering close to £28m for the powerful midfielder. But Chelsea will be ready to up their bid and do better than their local rivals.

Chelsea are keen to land Barkley at £30m but Everton may still have a decision to make with the transfer window closing at the end of the month.

The latest reports suggest that the Toffees have rejected a £25m offer made to them by Chelsea for their midfield superstar. It seems that they are looking to make more money from the deal and will wait till the very end, before selling him probably. The player has suggested that he wants to move away from Goodison Park, as he is eager for a new challenge.

Is He Worth The Money?

Conte could make good use of such a highly talented player and his price is also not that much for a 23 year old English superstar. He could be a major asset in the days to come and could provide some crucial goals for the team.

Also, if Costa does decide to leave, the club will be in need of more attacking players and the star can probably play a vital part in the days to come. It will be quite a transfer, if it happens and you can like our page for further updates.

Share
Facebook
Twitter
Pinterest
WhatsApp
Previous articlePremier League Clubs In A Heavy Clash For Arsenal Man, With Future Still In Doubts
Next articleLiverpool Feel Things Could Get Out Of Hand Now, As Barca Fans Urge To “Free” Coutinho