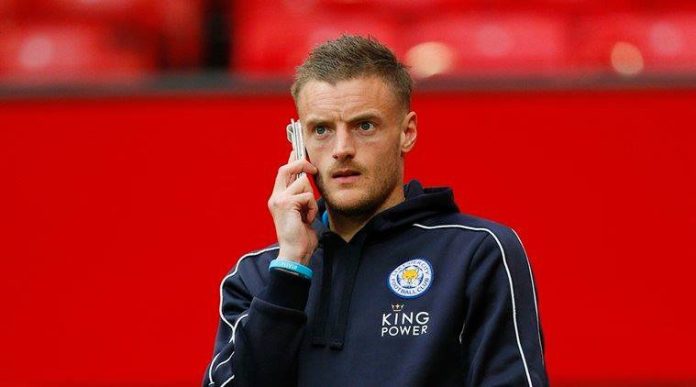 It is no doubt that Chelsea are now looking at almost anyone who they can find. Having not made a significant impact during the summer transfer window, Chelsea manager Antonio Conte is reportedly frustrated at the lack of signings and is now looking at League rivals players to fill in the void. Leicester City star man Jamie Vardy is the latest target lined up by the Premier League champions.

The transfer news comes as a shock to the football world with Chelsea now seemingly desperate to bring in new signings. With Romelu Lukaku rejecting Chelsea and joining Jose Mourinho’s Manchester United, Chelsea are now ready to splash out money for new arrivals at Stamford Bridge.

Jamie Vardy was a key part in Leicester City’s dream run under then-manager Claudio Ranieri that won the Premier League title in the 2015-16 campaign. It was an unbelievable event in football history which was led by striker Vardy. He was the top scorer for his side and broke several records along the course of the season.

Vardy has since been slightly inconsistent and not able to replicate the similar goal-scoring prowess but is still one of England’s most lethal strikers. He kicked off the new Premier League season with a brace against Arsenal at the Emirates stadium and caught the eye once again.

With his pace, strength and sharpness he can be a real threat in the forward line, and is a suitable replacement for Chelsea outcast Diego Costa. However, more surprisingly, Merseyside club Everton is now looking to hijack the deal.

The England international was linked with a £40m move to London until Everton decided to re-invest the funds they received from Romelu Lukaku’s sale to Manchester United.

The Toffees have already made major signings in the form of former striker Wayne Rooney, Sandro Ramirez and Gylfi Sigurdsson.

This move by Everton may just get them involved into a bidding war with Chelsea, who are also not keen to step down from their secondary chases. Should be an interesting battle before the transfer window closes.

Do Chelsea Really Need Him And What Next For Conte?

With Alvaro Morata’s recent form, it seems that Chelsea does not need an additional striker unless Diego Costa does indeed leave the club. If that does happen, Vardy may be the right kind of player that Conte might want to add to his team, as he looks to win more titles in the upcoming campaign.

The Brazilian born striker has been linked with a move away from Stamford Bridge, though nothing significant has materialized yet.

His main concern could be retaining the league title and winning more from there on, as he wants to lift the club even further. Whether Vardy can fit into this plan or not, will be a thing to see in the days to come, if he does indeed sign for the west London outfit.

Like our page for more stories about Costa and his final departure from the club, if that happens in the days to follow.