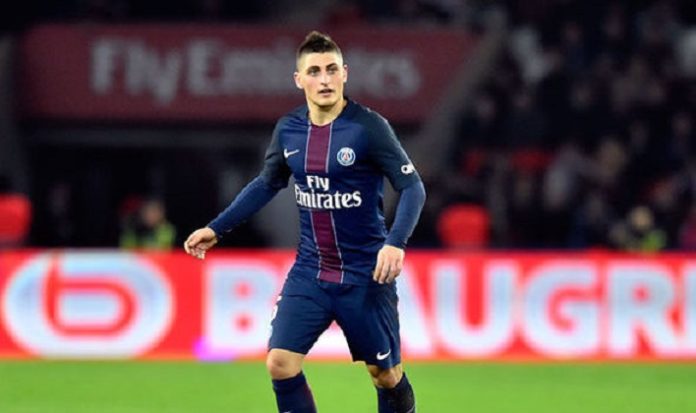 The Story So Far-
Jose Mourinho hasn’t finished with his transfer signings just yet. Having brought in Romelu Lukaku from Everton last month, the Portuguese has now set his sights on Marco Verratti from PSG as he looks to prepare for the new season. Amid rumors of signing another midfielder, Manchester United were linked with rivals Chelsea’s Nemanja Matic, but another stellar midfielder has been linked with a move to Old Trafford recently and it’s the Italian sensation Marco Verratti.
Verratti has been compared to the likes of Xavi and Iniesta in terms of passes and flair respectively and some he is as good as having them both on the pitch in the form of one player.
He is described to be quick and agile, his small frame helps him move away from players as he is able to create space and pick out precise passes for his team-mares. The Italian is a technically gifted and confident player on the ball.
A lot of people consider him to be the predecessor of his country’s play-maker and legend Andrea Pirlo. In addition to all this he is also a hard-working player with special skill on the ball.
The 25 year old has established himself as the main figure in the centre of the pitch at PSG, who dictates the play around him. Even Barcelona have been keen admirers of Verratti and are willing to pay over £80 million for his services.
But to make matters interesting for Manchester United, Verratti has recently hired Mino Raiola as his new agent after having a fall-out with his previous adviser Donato di Campli.
We all know how Raiola had managed to become an influential in United’s transfer business since Mourinho’s arrival as he represented Zlatan Ibrahimovic, Paul Pogba, Henrikh Mkhitaryan and Romelu Lukaku in helping them move to Old Trafford.
Mourinho has stressed with the importance of signing another midfielder at United and if he isn’t able to swoop in Matic from Chelsea he will certainly look at Verratti to partner up with Paul Pogba.
The Boost In The Chase-
Speculations suggest that the United and Barcelona target is involved in some controversy now related to his contract, as the player is unhappy with the current deal that he has with the French club. He is currently earning a sum of £6.2m a year and wants to make more money, like some of his other team-mates at the Parc des Princes.
This is the reason why he is trying to get things sorted out with PSG, though the clubs that want him this summer, see this as an opportunity to push through for a deal. It will be interesting to see now which club will finally end up signing him, though the competition for his services is quite strong.
Verratti is a really tough player, who could not just support the back-line, but create chances and goal-scoring opportunities as well.
He would definitely be a great addition to whichever team that he does end up joining and you can surely like out FB page for further updates.
Share
Facebook
Twitter
Pinterest
WhatsApp
Previous articleReal Madrid Gains Advantage In The Race To Sign Arsenal’s Midfield Target?
Next articleHow Manchester United Signed This Superstar, Beating The Serie A Champions