Chelsea VS Arsenal, The Game That Can Make Or Break A Season 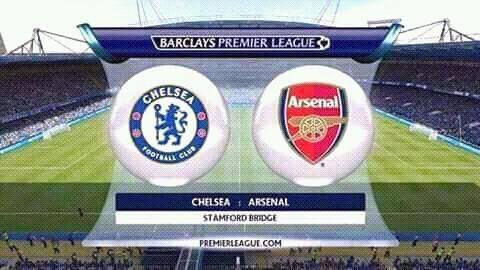 Chelsea will face Arsenal in their 5th round of match of Premier League on Sunday at Stamford Bridge. Chelsea are currently in electrifying form with consecutive 4 wins in all competitions. They will surely wish to extend their winning streak on Sunday but the task will not be very easy against the Gunners.
The North London Derby took place in the Community Shield this season one month back and Arsenal had won the Shield with a 2-1 win. In the FA Cup Final also Arsenal were emerged victorious against Chelsea with the same scoreline. These two defeats in recent times will surely haunt Antonio Conte and Chelsea players ahead of this clash.
Chelsea thrashed Qarabag FK with an emphatic margin of 6-0 on Tuesday. Davide Zappacosta was sensational for them in that match. He has scored one and provided one assist. They were also victorious against Leicester City in the weekend in the Premier League with a scoreline of 2-1. They have earned 9 points in their 4 outings so far in the Premier League.
Arsenal had also won their back to back two  matches and came back strongly after their shock defeat against Stoke City. They had defeated Bournemouth in the previous weekend with a decent margin of 3-0 and emerged victorious against the German side FC Koln with a scoreline of 3-1 in their opening match of Europa League. Though their performance were not up to the satisfactory mark on Thursday but at the end they had managed to sneak a win from trailing by one goal in the first half.
Team News :
Chelsea :
Many players were rested in the midweek clash against Qarabag in the Champions League. David Luiz will surely make a comeback in the starting line up in place of Christensen and Gary Cahill is expected to retain his place ahead of Antonio Rudiger after coming back from a three match ban.
Kante and Bakayoko are expected to start against Arsenal on Sunday and Danny Drinkwater is unavailable due to a sustained calf muscle injury. Eden Hazard may be in the starting line up if Conte thinks that the player is in fully fit condition. Alvaro Morata will surely start in the upfront after getting rest against Qarabag few days back.
Arsenal :
Arsene Wenger had also rotated his starting line up heavily against FC Koln in the Europa League match on Thursday. Petr Cech is expected to start at goal after being rested in the midweek match. Koscielny and Mustafi will make a comeback in the defense of the Gunners. Kolasniac and Bellerin will start at both the flanks . Xhaka and Ramsey are expected to take the heart of the midfield. Alexis may also start in the upfront along with Ozil and Lacazette. Welbeck will come in his place if Wenger thinks that Sanchez is fully exhausted after the match against FC Koln just three days ago.
Predicted First Eleven :
Chelsea :(3-4-3)
Goalkeeper : Thibaut Courtois.
Defenders : Gary Cahill, David Luiz, Cesar Azpilicueta.
Midfielders : Marcos Alonso, N Golo Kante, Timoue Bakayoko, Davide Zappacosta.
Attackers : Pedro, Morata, Hazard.
Arsenal : (3-4-3)
Goalkeeper : Petr Cech.
Defenders :  Koscielny, Mustafi, Monreal.
Midfielders : Kolasniac, Xhaka, Ramsey, Bellerin.
Attackers : Sanchez, Ozil, Lacazette.
My Prediction :
Chelsea 2-1 Arsenal
Share
Facebook
Twitter
Pinterest
WhatsApp
Previous articleWill This Lacklustre Performance Play A Part In Arsenal’s Preparation To Face Chelsea?
Next articleMatch Preview : Will Manchester United Be Able To Beat Everton At Old Trafford, With This Key Star Missing?