Transfer Dilemma : Who Will Sign This Star, Manchester United Or Arsenal? 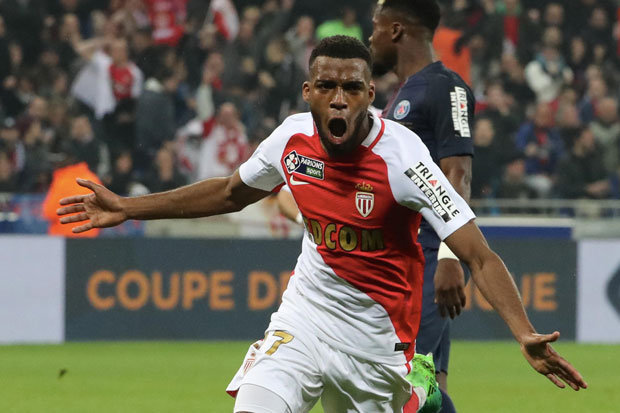 Jose Mourinho’s side has been in really good form since the start of this season and is looking to bring in more strength in his attack over the winter. Arsenal target Thomas Lemar is the latest attraction on Manchester United’s wish-list as they look to bolster their attack for the Premier League crown.

Having already brought in £90 million worth of an attacking force this summer in the form Belgian striker Romelu Lukaku, Mourinho is still not convinced his side are at their level best. The Portuguese manager had spent £100 million on midfield ace Paul Pogba’s arrival from Juventus last summer but believes he needs more firepower.

The Red Devils have won their first three games of the season in the Premier League and have drawn one as they sit on top of the League table at the moment level on points with local rivals Manchester City.

With Nemanja Matic, Victor Lindelof and Zlatan Ibrahimovic all fitting in the defense, midfield, and attack respectively, Mourinho was keen on bringing in a wide player to Old Trafford. United was long in pursuit of Inter Milan winger Ivan Perisic but a deal turned sour towards the end of the transfer season following a breakdown in negotiations.

Mourinho has now hinted his interest in the French forward Thomas Lemar, who was instrumental in Monaco’s Ligue 1 triumph last season. Lemar is fast, strong and versatile, which are the traits that Mourinho craves for in his players.

Lemar is an attacking player who can fit in anywhere along the front-line, he can be used as a striker, winger or as a play-maker. The 21-year-old French international can sharpen United’s attack with pace and quality and can be a possible replacement for Perisic, whom United failed to land in the summer.

Monaco has already lost plenty of their stars from last season, the likes of Bernardo Silva, Benjamin Mendy, Kylian Mbappe and Tiemoue Bokayoko have all moved away from the Stade Louis and fear that losing Lemar could be another crucial factor this season.

Arsenal manager Arsene Wenger was linked very heavily with a move for Lemar to the Emirates Stadium before the transfer window closed but a deal did not take place, with the French outfit rejecting the Gunners’ offer.

And now United have also joined the Lemar race which could possibly be threatening to Arsenal, however, it wouldn’t be the first time Mourinho got one over Wenger if Lemar joins the Red Devils.

At the start of September, Pogba spoke about his compatriot’s potential move to Old Trafford and hinted that the move could be on, in the days to follow. There was a slight hint of the potential deal in the former Juventus man’s Instagram posts, which sparked further speculations of a possible move to England, though this time it was to Manchester and not London.

The Gunners’ boss also gave a recent update on the deal that was agreed with Monaco, though the personal terms could not be agreed on deadline day. It may seem that if the French boss is to be believed, he could still be moving to the Emirates in the near future.

With both clubs looking to add him to their current squad, this transfer saga is far from over and you can like the page for more.