Arsenal, Chelsea, Manchester Or Liverpool : Which Team Will Have The Advantage This Week? 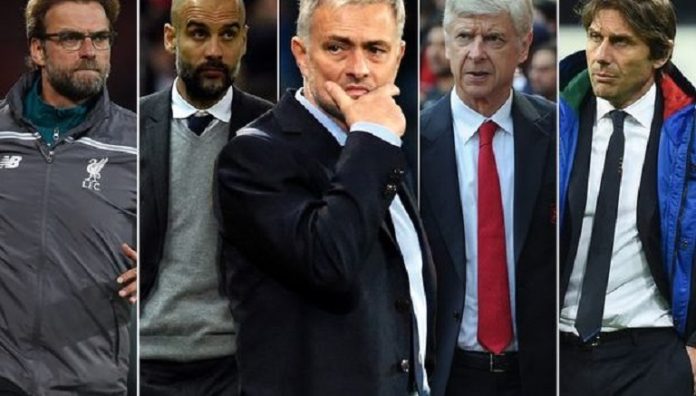 The weekend saw all the best clubs of England playing their respective matches on Saturday in the Premier League. The League Table is in a very unstable position right now as the teams are going through all kinds of results. No team in Premier League can expect an easy fixture as all the teams playing in this league have certain qualities and any team can beat the other team on the given day.

The match of the week was certainly the game between Manchester United and Tottenham Hotspur at Old Trafford. United had beaten Spurs with a late goal of Anthony Martial from the pass of Romelu Lukaku at the 81st minute of the match. Both teams had opted to play defensively. Harry Kane was absent in this match for Tottenham Hotspur. Without the star forward in the starting lineup it was difficult for Tottenham to get a goal in the United’s den. Mourinho also played with 5 defenders for this Important fixture but his team was able to keep a clean sheet. The match had ended with United winning by one goal margin.

Liverpool had played against Huddersfield Town this weekend at Anfield. In the first half Mohammed Salah’s penalty was saved by Huddersfield’s Goalkeeper. Just when the Anfield crowd were fearing to lose points from the match, Daniel Sturridge had given them relief by scoring at 50th minute of the match. Soon they had doubled their lead as Firmino scored at 58th minute from the pass of James Milner. Wijnaldum sealed the game for Liverpool by scoring the third goal at 75th minute. The match had ended with Liverpool winning it by a 3 goal Margin keeping a clean sheet.

Chelsea had to visit Bournemouth this weekend in the Premier League. Eden Hazard’s only goal at 51st minute in the match was the only difference for the two sides. Chelsea had got the all Important 3 away points from this fixture.

With those results Manchester United are now on 2nd position in the league table with 23 points from 10 matches so far in this season. Chelsea are on 4th position with 19 points. Arsenal have collected the same no of points with same number of matches but at 5th position due to lesser goal difference than Chelsea. Liverpool are currently situated at 6th position in the table with 16 points. Manchester City is taking the League away from the others with 28 points from their 10 encounters. But still there’s a lot of play remaining in this League and the Chelsea vs Manchester United match next weekend will surely change the positions of the teams in the table.

Editor’s Veiw : The Mid-Week Drama And What’s Next-

The Champions League fixtures will have their toll on the teams from England as well, though, with Chelsea, Liverpool and Manchester United playing in the competition. On the other hand, the Gunners will be playing in the Europa League.

Unless Roma can really shine get something out of the game, the Blues will have nothing much to worry when they face off against the Serie A outfit, though Conte will be focused on the upcoming fixture at home against the Red Devils. On the other hand, Arsenal face off against Pep Guardiola’s side, who have been merciless this season so far.

If the Gunners manage to win that, it will not just help their case in competition for the league title, but give the winner of the United vs Chelsea game, a huge boost too.

Overall, Liverpool will be off to London to face off against West Ham and will be expected to win, as well, though they will be the team under maximum pressure. The Reds will not just have to win their UCL fixture against Maribor, but will have to be on top of their game in the top flight of English football as well.

However, the main advantage this week would be with Arsenal, who can take the initiative and bring City down. However, if Wenger’s team messes things up, it will more or less kill the momentum that they have and probably give their rivals, a lead (12 points) that the north Londoners will not be able to surpass.