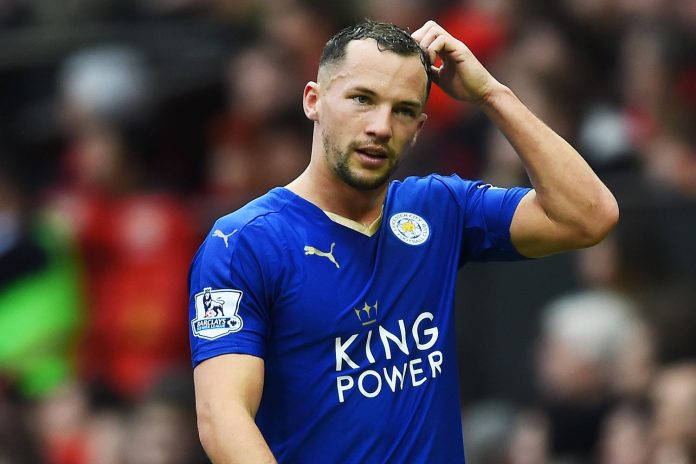 Over the past two seasons that we have seen, Leicester City and Chelsea have won the Premier League and the only player to achieve that feat playing regular football for both clubs was midfielder N’golo Kante. After a bad start to the new campaign this season, Chelsea boss Antonio Conte decided to sign another Leicester player in Danny Drinkwater to bolster their title defense.

The Blues failed to bring in quality reinforcements and seemed desperate to find any players available to defend their Premier League title. Danny Drinkwater eventually became the latest acquisition for the champions of England.

Reports claim that a move for the Foxes’ midfielder was done, with the club pricing him at  £40m, but the Stamford Bridge outfit offered £30m.

A 3-2 loss to Burnley at Stamford Bridge on the opening weekend of the Premier League, showed the frailties Chelsea faced at the center of the pitch and things did not really go well since then. After losing key midfielder Nemanja Matic to fierce ltitle rivals Manchester United, the Blues looked short on quality in the core area of midfield.

Drinkwater had seen a stellar season as he was a key member of the Leicester City team that won the Premier League two years ago, but the England international struggled to get a grip on his position last season. At 27, Drinkwater is still relatively young and experienced at the same time. Certainly, he’s no Matic, but Drinkwater is quality on the ball.

His passing is generally precise and accurate and he is also dynamic in nature. Drinkwater is generally a classy player but isn’t afraid of doing the dirty work in the team when required. Chelsea reportedly had seen a £15m bid already rejected and therefore doubled the transfer fee they were willing to spend on Drinkwater.

Reports had also claimed that Drinkwater’s team-mate Jamie Vardy could have been part of a double swoop as the Premier League champions continue to find quality players to strengthen their squad.

Since the arrival at the Bridge, the England international has not been able to play for the Blues and is recovering from an injury. It is expected that, the midfield superstar should make is comeback prior to the end of the month, which will be a boost for Conte and his side, who have already lost some crucial games, which should have been easy pickings for them according to the standards that they set last year.

The point is that had he been available, he would have filled in for Kante, who is also injured as well and could have established himself ahead of his former team-mate, though it would have been tough to keep the Frenchman out of the team.

However, Drinkwater is still not fit and might just make it a week or two prior to Kante’s recovery, which might not be enough time for him to settle into the team. If that does not happen, it will be a total waste of a signing and the player will only play second fiddle to his former team-mate.