Huge Revelation Made By Top Manager Related To Arsenal, Gunners Surely Would Be Interested 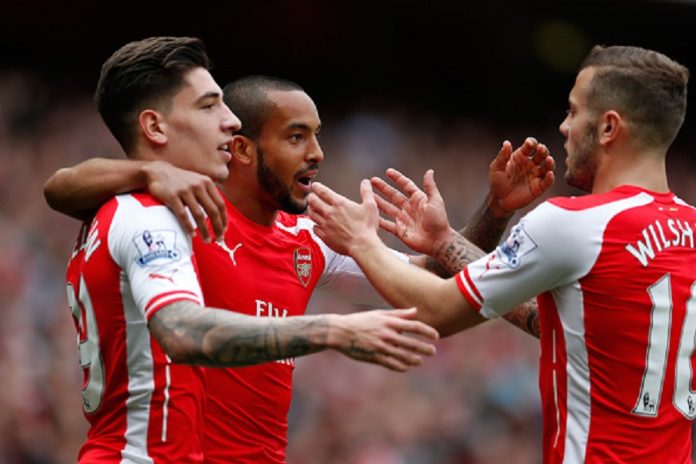 The Claim That Could Change Arsenal Forever-

Bayern Munich recently sacked manager Carlo Ancelotti after just 18 months of the Italian being in charge of the Bavarian club. The news came as a shock to the footballing world as the three-time Champions League winner was not able to fit in well with the fans and players at the Allianz Arena. However, there are now links and rumors that Ancelotti could be in contention for the Arsenal job in case Arsene Wenger leaves the London club.

There were plenty of rumors that claimed Ancelotti’s sack was organized by the Bayern players who informed the club’s board that the training was not strenuous enough during the practice sessions. Bayern club captain and goal-keeper Manual Neuer, along with Vice-captain Thomas Muller and centre-back Jerome Boateng had reportedly met with Karl-Heinz Rummenigge and informed him about the fitness coach Giovanni Mauri, who has also left the club.

The axing of Ancelotti has now kept a list of top European clubs on red alert as they would be extremely willing to have a charismatic figure as their head coach. And of the main clubs that are interested in Ancelotti are Arsenal. The North London club have been on rather unconvincing terms with their current boss Arsene Wenge, who has a two-year contract with the Gunners.

But after a faltering start to the season and a good recovery, the Arsenal fans are still not entirely convinced that Wenger is the man to take them forward. The Frenchman won the FA Cup last season and the Community Shield at the beginning of the season, but a 5-0 demolition at the hands of Liverpool at Anfield raised questions over Wenger’s philosophy once more.

58-year-old Ancelotti has had managing experience in England before with his stint at another London based club in Chelsea. The Blues had hired Ancelotti in 2009 and during his two-year spell at the club, he won the League and two domestic cups under his belt. But he was sacked after he failed to win a trophy in the following season.

Ancelotti has won Champions League titles twice with AC Milan and once with Real Madrid and with Arsenal looking eagerly to open their account in the Champions League, the Italian could be a perfect fit for Arsene Wenger’s successor.

There has also been links with Ancelotti joining Liverpool as the Reds are reportedly getting frustrated with Jurgen Klopp as their manager, who keeps dropping points in the Premier League and Champions League.

Is Ancelotti serious about the Arsenal job or does he just want a bit of revenge on Bayern and will try his best to ensure that we face the Bundesliga champs soon and beat them, under his management? It seems to be a bit confusing, as to why someone would want Wenger’s job, though another reason could be the board’s patience with their managers, which might have attracted the Italian manager towards this role at the Emirates.

However, there is no guarantee that Wenger will leave any time soon and if he does not, Ancelotti might to look for a job, elsewhere.