HomeAfricaWho Will Probably Make It To The Top Four Of The FIFA...
AfricaAsiaEuropeInternational NewsMiddle EastWorld

Who Will Probably Make It To The Top Four Of The FIFA Under-17 World Cup And Win It? 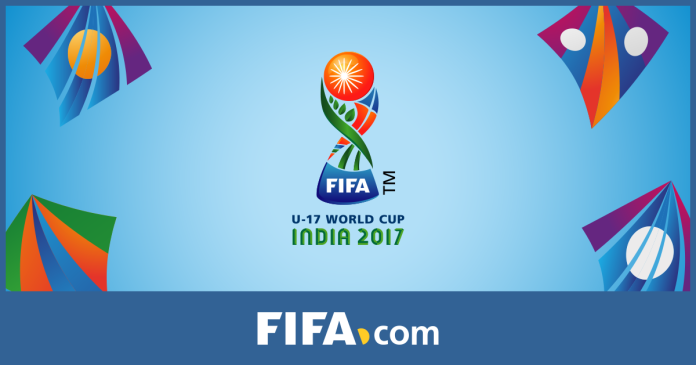 The Group Stages of the Under 17 World Cup had been finished on Sunday and now we have some ideas about how the teams are looking like. Many teams had impressed the spectators in different stadiums of whole India. Some individual brilliance had caught the eyes of the scouts of the big clubs of Europe. So let’s have a look which 4 teams are expected to make it to the semifinals of the Under 17 World Cup.

Brazil are one of those teams in the Under 17 World Cup who have impressed us the most. They’re situated in Group D with Spain, Niger and North Korea. Brazil had won the toughest match of the Group Stage against Spain with ease. Lincoln and Paulinho were the Goal Scorer for them. The main factor for which this team will be judged better than others because of their team bonding. In the time of their second Goal Antonio could have scored by his own but instead of doing that he had passed the ball to Paulinho who was at a better position and was free without marking. This incident proves the strong team bonding of the Selecaos. The dribbling skills of the players had been phenomenal and the players were all aware of their duties in the field. The team is looking compact throughout the whole match and they will be expected to play in the Semifinals by the Indian Crowd. Brazil had beaten North Korea and Niger also with back to back 3-0 margins. They finished as group topper of Group D and will face Honduras in the round of 16.

England was one of the most promising sides in this Under 17 World Cup. The players of England are mainly the academy products of Chelsea, Manchester City, Manchester United and Liverpool. The young lads had proved it clearly that they would be ready to fit into the shoes of their senior team players in few years. Jodan Sancho is the main attraction of this England side and he had already signed a contract with German Club Borussia Dortmund. Sancho had scored two beautiful goals vs Chile in the first match of Group F. Callum Odoi, the Chelsea academy product had opened the scoreline for the England. The team of England is so strong that Angel Gomes, the Manchester United academy boy had to sit on the bench but he had scored from a beautiful free kick after coming on the field as substitute. Manchester City academy boy Phil Foden, Chelsea academy product George McEachran and Liverpool boy Brewster also had impressed the eyes of the spectators. The skills that the young England team had shown in the match against Chile was clearly indicating that they might be present here at Yubabharati Stadium in Kolkata on 28th October in the Final. England had also won the matches against Mexico with a margin of 3-2 and they were victorious against Iraq with a margin of 4-0. They finished as group topper of Group F and will face Japan in the round of 16.

France was phenomenal in their display against New Caledonia in the match of Group E. They had outclassed the opponent completely in the first half and took a massive lead of 6-0 in the first half itself. Amini Gouiri had scored twice for the French team. Claudio Gomes and Maxence Caqueret were also named in the score sheet. Wilson Isidor also marked his impact by scoring a Goal coming from the bench. France won the match with a 7-1 margin and this victory will surely boost their confidence up for the knockout stage matches. They had beaten Japan with a margin of 2-1 and were victorious against Honduras with a 5-1 scoreline. They had finished as group topper of Group E and will face Spain in the round of 16.

Iran were the surprise package of this Under 17 World Cup. They had finished as group topper of Group C with winning all three of their group matches. They had beaten Guinea in the first match with a margin of 3-1. In the next match they had beaten Germany with a 4-0 scoreline and were victorious against Costa Rica with a 3-0 margin. Allahyar Sayyad and Younes Delfi had scored 2 goals each in the Group Stage. Mohammed Sardari had scored 1 goal also. They will now face Mexico in the round of 16 and will hope to go through the Semifinals of the tournament with not much problem.

Among these 4 teams I feel Brazil and England have the most of the chances to win the tournament as they are looking better than the other teams in all aspects.