Why Manchester United Should Still Look To Sign This Star Soon? 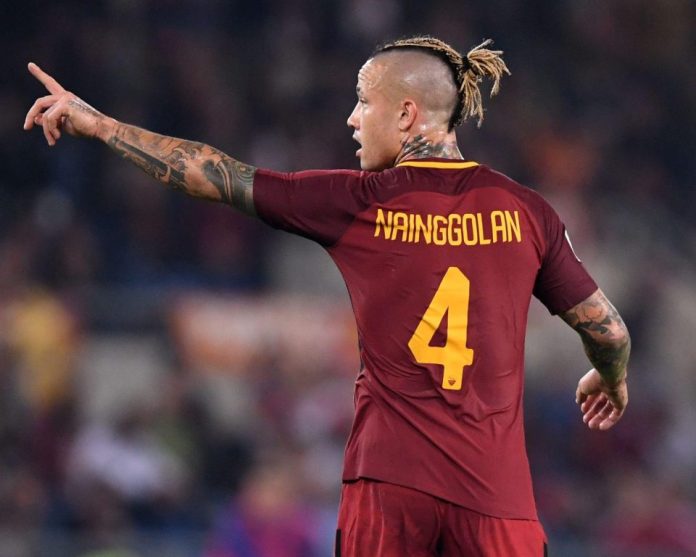 Recent reports have claimed that Manchester United are ready to bid for AS Roma midfielder Radja Nainggolan. The Belgian international is also backed to join the Red Devils by former West Ham keeper Shaka Hislop. Nainggolan has been a target for Premier League champions Chelsea for quite a while now but has rejected a move to the London side after claiming he was happy at the Italian capital. However, football pundit Hislop has stated that Nainggolan would be a good fit under Jose Mourinho at Manchester United.

United have already brought in Nemanja Matic from Chelsea to stabilize their midfield but were dealt a big blow with Paul Pogba suffering an injury against Basel during their Champions League encounter. The midfield star returned after six weeks, after Mourinho had confirmed that the French ace midfielder’s injury was long-term.

Having spent €105m on the 24-year-old from Juventus last term, he helped United win the EFL Cup and the Europa League and was instrumental in his side’s good run of form this season guiding them to the top of the Premier League table.

Hislop said that Nainggolan would be an upgrade to almost every Manchester United midfielder. “Well understandably he’s always in some sort of transfer rumor, given how good he is,” “I am surprised not one of Europe’s biggest clubs haven’t come in, he’s clearly happy at Roma.”

The former Hammer stated, “At the same time, Manchester United do have money to spend, I think there is a need on that left-hand side.”

“Daley Blind played on the left in the Champions League game in Moscow. Nainggolan is an upgrade on almost anybody anywhere, I’ll be honest with you.”

“I’d have him at any single club.”

“If Manchester United get their way, then that can only be a hit.”

However, Nainggolan signed a new four-year contract extension with Roma after saying he was content with life at the club which would make it even more difficult for United to lure him to Old Trafford as he would not want to move just for money.

Playing him out of position could also be a factor as to why he may leave his current club and look for regular football in his preferred position elsewhere. Nainggolan has scored 26 goals for Roma in 127 Serie A appearances.

Well, the Portuguese manager should once again try and push through a deal for the play-maker, as he needs as much quality that he can get within his squad. The recent injury to Paul Pogba saw United drop three crucial points to Chelsea, in the absence of the French international.

That should not happen again and so, Mourinho should try his best to add some quality backup to his squad, just in case his team face any sort of injury crisis in the future.