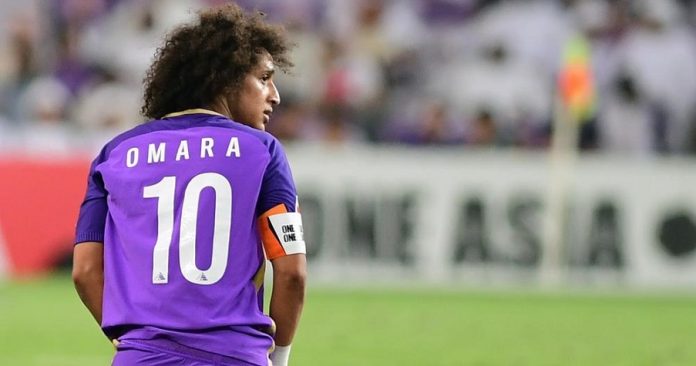 There could be a new star from the middle-east ready to join the European giants after he has sparked news headlines claiming he wants the Premier League top-clubs to sign him. His name is Omar Abdulrahman, who plays for UAE Arabian Gulf League club Al-Ain as an attacking midfielder and has often been compared to the likes of Lionel Messi and Mohamed Salah due to his dribbling skills, pace, and creativity.

Premier League duo of Arsenal and Manchester City are currently linked to signing Abdulrahman as they want to bolster their respective team’ attacking prowess. Pep Guardiola’s Manchester City were handed their first loss of the season when they were beaten by Shakhtar Donetsk in their last game of the Champion’s League Group Stage and even though they qualified for the Round Of 16, the Spanish boss will know his side may have to strengthen their striking options even more if they are to win the elite tournament. And although City are currently top of the English Premier League, they will know that the season will only get tougher as it progresses.

Arsene Wenger’s Arsenal too have had a shaky start to their 2017-2018 campaign and have had issues scoring goals. Their recent loss to Manchester United was not considered a bad performance, but their inability to take their chances is what cost them the game. The Gunners will be looking to cement their fourth place finish this season as well but face stiff competition from Chelsea, Liverpool, and Tottenham who are all looking for a spot in next year’s Champions League.

Omar Abdulrahman could be the rising star that could help both these teams in achieving their desired results. Born in Saudi Arabia, this 26 year old has huge ambitions and in a recent interview was quoted saying, “I received offers from Nice and Arsenal, but the negotiations fell through. I also had a two-week trial in Manchester City in 2013, and nearly joined them. But the Emirates’ FIFA ranking was low, so I could not get registered. I now have offers from Turkish clubs. It is still my dream to play in Europe. My contract with Al Ain runs out in six months, so it possible for me to go there soon. “Look at Mohamed Salah, and how the whole world talks about him. He managed to raise the name of Egypt in the footballing world, and guided them to the World Cup for the first time in 28 years. My aim is to become like him.”

Abdulrahman has played 57 times for the United Arab Emirates and scored nine goals; he has a striking resemblance to Chelsea defender David Luiz and was also named the 2016 Asian Player of the Year. Omar does not have a huge built but his agility and quickness allow him to ghost past players. He is also very good at set-pieces, which is only a bonus for the club that signs him. However, will the Premier League hear the pleas of a star from the middle-east or will Abdulrahman be the one that got away?