Can This Striker Actually Replace Diego Costa At Chelsea In The Long Run? 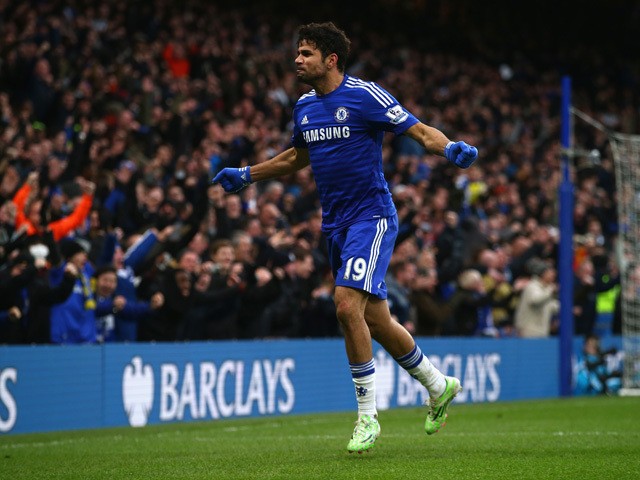 Chelsea’s star striker Diego Costa had joined Atletico Madrid in the latest transfer window, leaving a huge void up front, though Alvaro Morata did join Antonio Conte’s squad from Real Madrid. The Blues’ club management have been eyeing to make a move for Italian striker Andrea Belotti to replace the attacker. Chelsea have brought Alvaro Morata from Real Madrid in the summer transfer window previously. But the Spanish centre forward is not able to replicate the potential of Diego Costa in front of the Goal for Chelsea. Alvaro Morata is not proving to be consistent enough and his physicality is nowhere near Diego Costa. Andrea Belotti is more physical than Alvaro Morata for sure. Moreover the Italian could be well adjusted in Conte’s side if they are willing to play with a lone forward upfront. Chelsea have some really important games coming up next in few weeks. So they will be eager to buy a striker like Belotti in the winter transfer window.

Are Chelsea finally understanding that they have to strengthen their squad this season to bolster their title defense? It seems so with the targets that they have. And the most recent player linked up with Chelsea is Torino’s centre forward Andrea Belotti, who could considered to be a direct replacement for out of favor striker Diego Costa.

After a disappointing start to the season, Chelsea manager Antonio Conte has looked to step-up his transfer market business by recruiting a few more players. It seems that he isn’t confident enough with the new signings Alvaro Morata, Anthony Rudiger, Tiemoue Bakayoko and Willy Caballero yet and still wants to sign some new players in the winter transfer window.

And after £70m striker Alvaro Morata hasn’t yet able to impress Antonio Conte, Andre Belotti seems to be the one catching the eye after scoring 26 goals last term in the Serie A. But it doesn’t seem that Belotti will come for cheap, in fact he may be priced even higher with a contract that states his release clause to be around £86m for foreign clubs.

It may seem an absurd amount of money for a player but it is something Chelsea may offer Torino to avoid the defeats like the game against Burnley on the opening game of the new season. It is likely that the Italian striker will be able to replace Diego Costa whose career at Chelsea have come to an end.

The Spanish Striker joined Atletico Madrid, where he really wished to play. The problem between the coach and the player leaded his departure to the Spanish outfit. It is really a huge loss for Chelsea in terms of their attacking options.

Andrea Belotti may just be the ignition that Chelsea need as the Blues will have to play against the Catalonian Giants Barcelona in the round of 16 of UEFA Champions League. The Italian striker is liked by his compatriot Conte as he possesses strength on the pitch which also gives him an eye for goal. He is good with both feet, tactically intelligent and works extremely hard for his team.