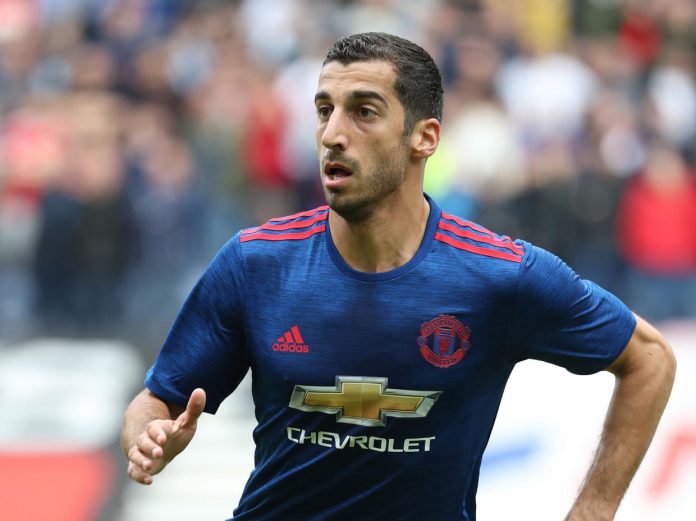 Fresh off a move to Arsenal from Manchester United, Henrikh Mkhitaryan took a swipe at his former boss Jose Mourinho. Read on to check out what he said ahead of making his debut for the Gunners against Swansea. It seems he may have been given a new life. The Armenian superstar who was once voted the Player of the Season in 2015/16 during his time at Borussia Dortmund in the Bundesliga, yup Henrikh Mkhitaryan has been given the second chance of playing football after being considered a complete outcast at Manchester United.

Mkhitaryan was involved in a swap deal which meant that Arsenal would sell Chilean superstar Alexis Sanchez in order to welcome the attacking midfielder to the Emirates stadium. Many fans thought that this deal favored Manchester United, but with Sanchez’ in the last few months on his contract was a genius of a move by Wenger and the Arsenal transfer board.

And what makes the news more interesting is that now; the 29-year-old midfielder has taken a jibe at the Portuguese boss. The talented midfielder was all praise for his new boss Arsene Wenger and stated that he wanted to play more ‘offensive football’.

In a recent interview, Mkhitaryan said “Of course it’s very important to have respect from your manager.

“I know that he’s demanding and he likes to his players to explore. He was one of the [reasons] to join Arsenal as well because everyone knows he’s a great manager. “I’ve known him for a long time and of course it was not very difficult to make this decision to come to Arsenal, because I think the way that Arsenal play [makes] it a dream for every player to come here and play offensive football.”

During his time at Dortmund, Mkhitaryan became an instant fan-favorite when he arrived at the club in 2013. During a three year spell at the Signale Iduna Park, he made 90 Bundesliga appearances and scored 23 goals for the black and yellows. He also finished the 2015-16 season as the Bundesliga’s top assister.

Mkhitaryan arrived at Old Trafford in 2016 Manchester United agreed on a fee of close to £30 million to bring the Armenian captain from Borussia Dortmund on a four-year contract. His two-year stint at Manchester United did not go as well as he would have expected as Red Devils’ manager Jose Mourinho had way too many midfielders at his disposal.

Juan Mata, Marouane Fellaini, Paul Pogba, Jesse Lingard, Anthony Martial were all preferred to Mkhitaryan, who made just 39 League appearances notching up five goals. Mkhitaryan is able to play central midfield or on either side of the flanks. He can also be deployed as a second striker but wasn’t able to fit in Mourinho’s system.

The Armenian national coach Artur Petrosyan also believed that Mourinho was the cause for the former Shakhtar man’s poor performances after falling out of favor with his manager. But all said and done, Mkhitaryan is now set to make his debut for the North-London club against Swansea but was in the bench.