Revealed: The Reason For The Sudden Demise Of Davide Astori 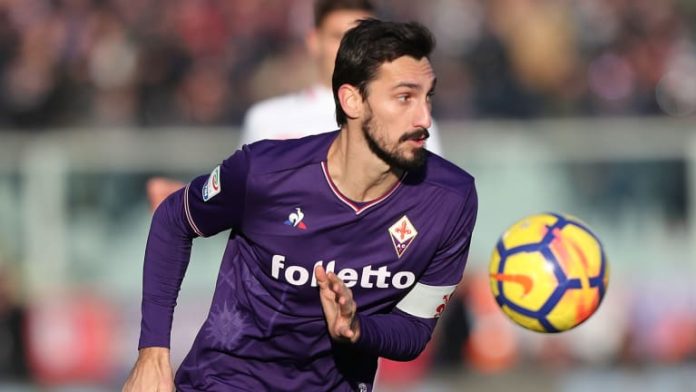 Davide Astori, the centre back of the Serie A side Fiorentina had passed away today. He was found dead in his hotel room at Udine. He was with his teammates in that hotel as Fiorentina were scheduled to play against Udinese in Serie A on Sunday. All the matches of Serie A have been called off after the shocking news came.

The official club statement of Fiorentina stated that, “Fiorentina are profoundly shaken and forced to announce that their captain Davide Astori has died.”

“The FIGC’s thoughts are with the directors, coaches and staff who knew and respected Davide throughout Italian football, while we also offer our most profound condolences to the Astori family.”- Italian National side’s official account tweeted.

“The thoughts of everyone at Manchester United are with the family, friends and colleagues of Fiorentina captain Davide Astori following his tragic passing.” – Manchester United’s official account tweeted.

“It is with great sadness that we offer our deepest condolences to the family and friends of Davide Astori after today’s shocking news.”
– Manchester City’s official account tweeted.

“A man who loved football and who grew up as footballer with us. AC Milan are shocked by the passing of Davide Astori. It is with great sadness that we offer our deepest condolences to his family and closed ones and to ACF Fiorentina” – the official account of AC Milan tweeted.

“Everyone at #watfordfc is saddened by the passing of @acffiorentina captain Davide Astori. Our condolences are with his friends and family.”- Watford FC’s official account tweeted.

“Shocked, incredulous and speechless at this tragedy. My thoughts are with the family and friends of Davide Astori.” – The Roma Legend football Totti tweeted with deep sorrow.

Davide Astori have a two year old daughter and his wife is a famous Italian actress. The 31 year old centre back began his career at Pontisola. Then he started his senior career at Milan with two loan spells at Pizzighettone and Cremonese. Astori had appeared for his country 14 times in his career. He had played in 3 big clubs of Italy- Caligari, AS Roma and Fiorentina. The left footed centre back was physically strong and led the young Fiorentina side with example. The whole football World is in deep sorrow following the death of the footballer. His height was an advantage for the player in the aerial balls. His technique was really good and he can easily cope up with any 3 men or 4 men defense.

The centre back had handled many top Italian strikers throughout his career. His death is a real loss for Italian football and precisely for the whole Footballing world. But one thing we can say surely that Davide Astori will now live in the heart of every football fans as ‘ The Living Legend’ forever.