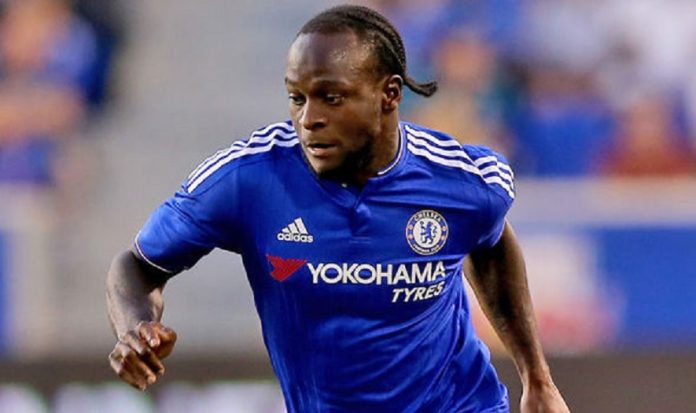 The star winger of Chelsea, Victor Moses has decided to retire from International football after the World Cup campaign. The 27 year old winger has played really well for the Nigerian National side in the last few years. He was one of the important members of the Nigerian squad in their African National Cup winning side. The Nigerian winger has also played two World Cups in 2014 and 2018. Victor Moses did not miss a single minute in the recently conducted World Cup in Russia. The player has also scored an important goal from the spot kick against Argentina in the Group Stage of the World Cup in Russia. Now, Victor Moses thinks that it is the best time for him to retire from the International football to give chance to the young players of Nigeria to prove their worth in their National team.

But, the legendary Nigerian player Henry Lawal thinks that it will affect the club career of Victor Moses at Chelsea now badly. We all know that, nowadays the players mostly keep their club duties ahead of their National side. According to their club performance, they are selected to play for their National side. Sometimes, the managers prefer to give chances to the player who is in the contention of playing for their National side over a player who is not in the contention of playing for their National side. We can take an example from the previous season. Manchester United have four centre backs in their squad and all have more or less equal potential to be in the starting lineup of the Red Devils. But the manager of Manchester United, Jose Mourinho has preferred to give chances to Marcos Rojo, Phil Jones and Victor Lindelof ahead of Eric Bailly as Eric Bailly’s national side Ivory Coast were not in the World Cup in Russia.

Victor Moses’ career graph has changed after the beginning of the managerial period of Antonio Conte at Chelsea. Antonio Conte has introduced a formation of 3-4-3 and 3-5-2 where Victor Moses used to play in the wing back position. Previously he has played as a winger in his career. But after the introduction of the new formation, Victor Moses has become regular in the Chelsea lineup which has helped him a lot to improve as a player. His defensive qualities have improved a lot after playing in this position for two seasons.

Now the situation has changed completely for Victor Moses as the new manager of Chelsea, Maurizio Sarri wants to implement a new formation of 4-3-3 and Victor Moses will now be used as a winger in this season. Victor Moses has fallen in the pecking order under the management of Maurizio Sarri. Now, he has to fight hard to get into the starting lineup of the Blues in this season. So, he wants to concentrate more on his club career as of now. The Nigerian winger has made his decision and posted in the social media. The news is shocking for the Nigerian Football fans. But they have to accept it and move forward with the new bunch of players.