Confirmed: Manchester United To Re-ignite Interest in Serie A Star In The January Transfer Window 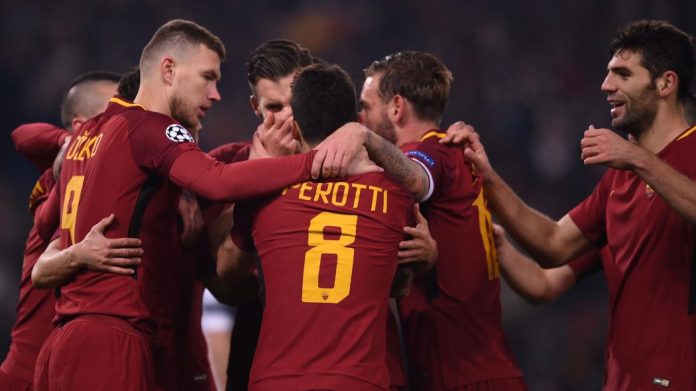 The Red Devils are planning to make a move for AS Roma midfielder Lorenzo Pellegrini in the January transfer window. The Italian will be a like for like replacement for Brazilian midfielder Fred who has failed to find his feet in the Premier League at the start of the campaign so far.

There seems to be a lot of issues at Manchester United this season and one more has been the major summer signing Fred. The Brazilian midfielder came to Manchester United with a heavy reputation and the Premier League giants paid a massive fee of €50 million to Shakhtar Donetsk to lure him to Old Trafford. Fred was one of the most anticipated signings when Manchester United signed him up but the 25-year-old has failed to show that he has adapted to Jose Mourinho’s style of play. The 3-0 loss to Tottenham Hotspur at Old Trafford highlighted the major problem that Manchester United are facing and Fred was unable to make the desired impact on the game in any of the opening three Premier League fixtures.

With Paul Pogba lacking the regular support of an anchoring midfielder, Mourinho will be forced to look into looking at alternative superstars in the winter transfer market in order to enforce his side. Having already lost two of their opening three Premier League fixtures, United will have to make amends for this poor start to the campaign in the near future. But they can only do so if Mourinho gets the right players under his disposal and the ‘Special One’ is now hoping to bring in the players that could make an impact for his United side in the January transfer window.

One player who has been targeted is AS Roma midfielder Lorenzo Pellegrini, the youngster joined the Italian club only last summer but following the departure of Radja Nainggolan, Pellegrini could find himself stepping into the big boots to fill. Having made 22 starts in 28 Serie A appearances last term, the young Italian impressed heavily scoring three times and laying off four assists for his teammates.

Despite being so young, Pellegrini is not afraid to make massive strides in football games and taking charge of important moments in the match. The 22-year-old is able to play through passes of the highest order and has a fierce mean long shot from a certain range. Pellegrini can also intercept play and his big presence allows him to move from box to box quicker than other players on the pitch. Pellegrini has also made six appearances for his national side and he has a promising career ahead of him.

Although United are interested in signing Pellegrini, I believe that the major step to improve is in central defense and Jose Mourinho needs to purchase centre-backs in the winter transfer window. With the likes of Nemanja Matic and Paul Pogba, Pellegrini would find it difficult to break into the first team.