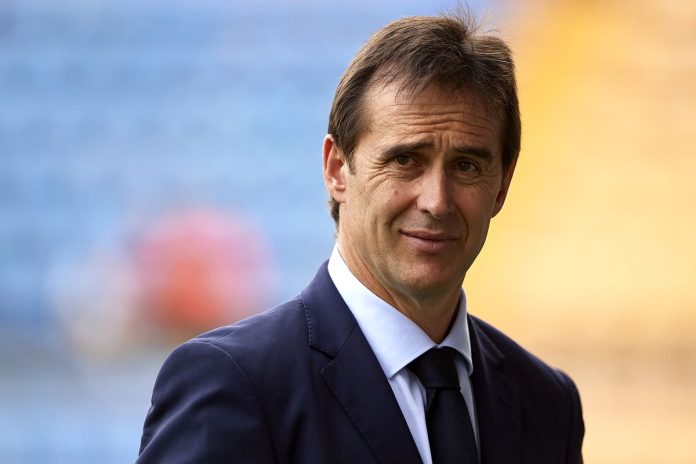 After the poor beginning of the season, Julen Lopetegui has been sacked by the club management of Real Madrid. He was appointed as the manager of the Los Blancos after the departure of Zinedine Zidane. He was announced as the new manager of the Los Blancos just before two days of the beginning of the campaign of Spanish National side in the World Cup. Julen Lopetegui was the coach of Spanish National side till then and he has the contract to continue with the National team till the end of the World Cup. But the sudden announcement made by the Real Madrid President Florentino Perez saw Julen Lopetegui to be sacked from the head coach position of Spanish National side as there was a chance of division in the dressing room between the players of Real Madrid and Barcelona.

‘The Board of Directors of Real Madrid CF, meeting today October 29, 2018, has agreed to terminate the contract that linked coach Julen Lopetegui with the club.‘

‘This decision, adopted from the highest level of responsibility, aims to change the dynamics of the first team, when all the objectives of this season are still achievable.‘

‘The Board of Directors understands that there is a great disproportion between the quality of the staff of Real Madrid, which has 8 players nominated for the next Golden Ball, something unprecedented in the history of the club, and the results obtained to date.‘

‘The club thanks Julen Lopetegui and all his technical team for their effort and work and wishes them the best in their professional career.‘

‘It will be provisionally replaced by Santiago Solari, who will lead the first team starting tomorrow, Tuesday.’

Santiago Solari is going to take the charge of the Los Blancos for the next four matches till the International Break. Antonio Conte is the first choice to be the new manager of Real Madrid. There are some legal issues of Antonio Conte with Chelsea FC and that is not going to be dissolved overnight q we. The club management of Chelsea are playing a waiting game about the whole situation. Roberto Martinez is another big name that is hovering around to be the new manager of Real Madrid. But one thing is very much clear now, anyone who is going to take the charge of this Real Madrid side, the job will not be easy for him. The new manager has to lift the confidence level of the whole side and make them believe again that they have the potential to turn things around.