Match Report: Germany Go Down To France In The UEFA Nation’s League 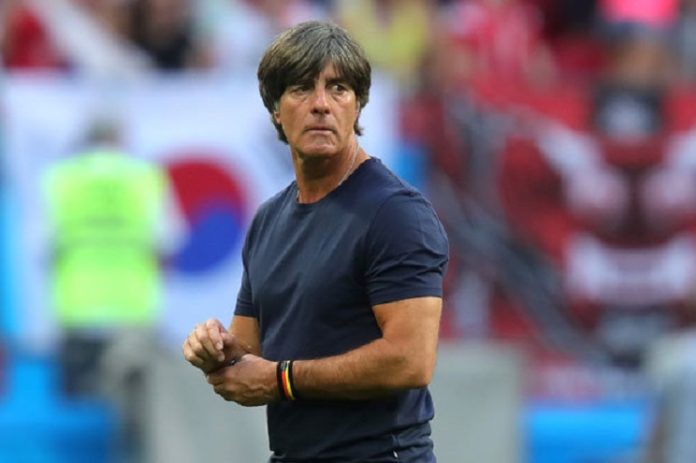 Germany are on  the verge of going down in the Group B after two back to back defeats in the UEFA Nation’s League against Netherlands and France. Germany took the lead in the match with the penalty goal of Toni Kroos. Antoine Griezmann’s brace were enough for France to get all three points from this encounter.

The match was a do or die one for Germany. After the defeat against Netherlands in the Group Stage match with a margin of 3-0. On the other hand, the French side were also not looking in proper shape against Iceland in the previous friendly encounter. They have somehow managed to back level on terms after going two goals down in that match. The manager of the French National side, Didier Deschamps has opted to field the same starting lineup of the World Cup Final match except Samuel Umtiti as the player is injured. Presnel Kimpembe has taken his place in the central defense for France.

On the other hand, the German National side’s manager Joachim Low has made several changes in his side. The German side are playing with a 3-4-3 formation with Manuel Neuer present as the Goalkeeper of the side. Niklas Sule, Mats Hummels and Thilo Kehrer were in the central defense of Germany in this match. Nico Schulz, Toni Kroos, Joshua Kimmich and Matthias Ginter were in the middle of the pitch for the German side. Leroy Sane, Timo Werner and Serge Gnabry were leading them from the front.

Germany were looking more confident in the away match from the very first minute of the match. They have taken the lead also at the 14th minute of the match. Presnel Kimpembe’s handball in the penalty box has helped Germany to win a penalty and Toni Kroos did not commit a mistake to convert it into the Goal. Leroy Sane was phenomenal throughout the whole match for Germany. On the other hand, France have created few opportunities; but they failed to convert those into Goals. The first half has ended with a scoreline of 1-0 in favour Germany.

Both the sides were playing good football in the first 15 minutes of the match. Manuel Neuer denied Kylian Mbappe once in the second half but Antoine Griezmann’s brilliant header at the 62nd minute of the match has equalised the scoreline for France. Joachim Low & Co needed to win the match badly. So the manager had brought in Julian Draxler in place of Leroy Sane to get the lead in the match. But France got a penalty in the 80 minute mark as Blaise Matuidi was fouled by Mats Hummels in the penalty box and Antoine Griezmann was able to convert the Penalty successfully. German manager Joachim Low have made two changes after the Goal. Julian Brandt and Thomas Muller were brought in place of Ginter and Gnabry. But they were not able to salvage a single point for Germany in this match. The match has ended with a scoreline of 2-1 in favour of the French National side.