Breaking: Is Ever Banega To Arsenal Actually A Done Deal Already?

Arsenal are being rumoured on closing a January deal for the Sevilla midfielder Ever Banega. The agent of the midfielder was seen in London for talks with the Premier League club. Unai Emery, who replaced Arsene Wenger at the beginning of the season at the Emirates in the summer has worked with Banega in La Liga. According to the sources he is keen to bring the Argentine to north London. Banega has 65 international caps and he is well settled in Seville and enjoying his role in Pablo Machin’s team. It came as a surprise move as he is tempted by the prospect of a switch to the Premier League. It is being reported that Gunners boss Emery views Banega as an ideal replacement for the outgoing Aaron Ramsey. The Wales midfielder Ramsey has spent over a decade at the Emirates but it seems that he is all set to leave the club at the end of the season.

It has been stated that talks over a new contract broke down between the club and the player. Sources said that the Gunners may set to stump up a €20m (£18m) fee for the Argentina international’s signature. Ian Wright has also urged Arsenal to give Emery the capital he needs to strengthen his squad. 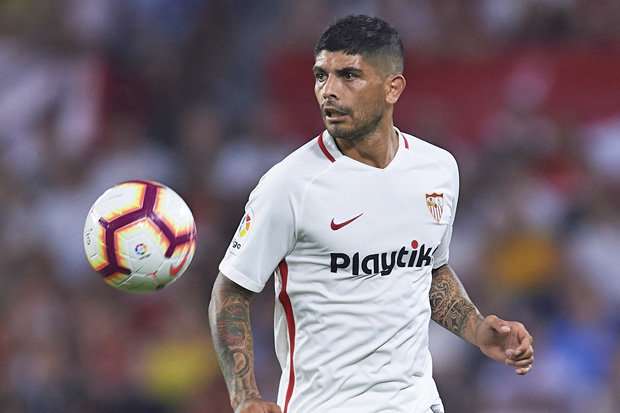 After the 5-1 defeat at Liverpool, the former Gunners striker said that they have got to move players on that need to be moved on and it showed him that they need players, there are three or four players in that starting line-up that should be moved on or farmed out because they need to start to progress. And he hopes that this defeat will start to release some funds for Unai.

On the other hand, Barcelona midfielder Denis Suarez has also been linked with a move to the Emirates Stadium. The Nou Camp club are willing to let the Spaniard leave amid his struggles to nail down a spot in the squad. Ernesto Valverde has enough options in the midfield to be paid off and Denis clearly doesn’t match that enigma.

Meanwhile, reports are coming from Italy that Aaron Ramsey has agreed to join Juventus. The Serie A leaders are reportedly set to announce his capture next month or soon, though they do not wish to wait till the end of the campaign and want it done, as soon as possible.

With that being said, some cash has been offered to the Gunners, who might be considering letting him go. He is not part of Unai Emery’s long-term plans in north London anyways and it will only be a waste of time and money to try to hold on to him. With that being said, some new stars have been linked with a move to the club and things could be changing for the better.

How things play out, only time will tell. However, for now it can be said that the Spaniard has brought about a positive change at the club and his new signings could change the way that things work at Arsenal in the seasons to come.