Chelsea Ease Past Sheffield Wednesday, Higuain Debut, Willian Back In Form, Manchester United Next And More 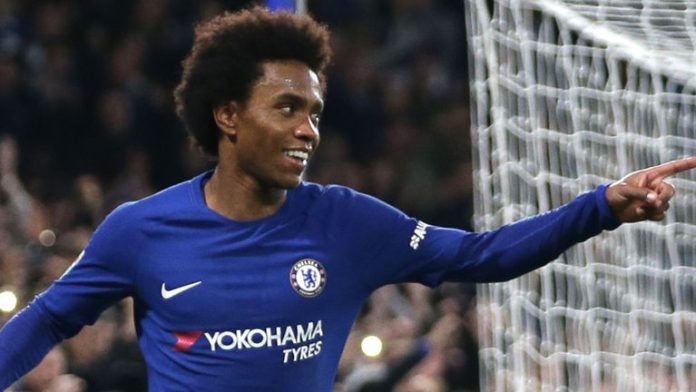 Chelsea secured a rather easy win over Sheffield Wednesday to reach the 5th round of the FA Cup. They will be facing off against fierce rivals Manchester United now. Former Juventus and AC Milan striker Gonzalo Higuain made his debut for the Blues in this game, since his move to west London a couple of days ago. The Argentine attacker could have easily scored his first goal for Chelsea in this match, though he failed to capitalize on the chances that he got. Chelsea will not really mind too much of that, though they do need an in-form striker as the goals once again were scored by the wingers.

Further, when the penalty was earned, Higuain gave Willian the chance to score from the spot. The Brazilian made no mistake from the spot and gave his side the lead in the 26th minute of the game.

Eden Hazard was not in the match-day squad for the Londoners in this match and got some much deserved rest. On the other hand, Luiz, Jorginho, Kepa, Kante, Pedro and Olivier Giroud were on the bench for Maurizio Sarri’s side.

Chelsea as always were the dominant side, though they still lacked creativity in front of the goal till the penalty was scored. There were no more goals in the first half and the two teams went into the break with the score at 1-0.

After the restart, Callum Hudson Odoi doubled the lead in the second half for his side in the 64th minute, while Willian added a second to his name in the 83rd. The defence did not have to deal with too many major threats and they kept a clean sheet, with Caballero being a happy man.

However, Sarri will want more from his team and will be hoping that his side can keep the level of performances up. Finally, Willian has managed to hit some form and the fact now that Morata has left the club will surely help his confidence even more.

The winger was not too happy linking up with the former Real Madrid and Juventus star, though he now has someone new to work with. He can surely play much better knowing that the Argentine can really make a difference now. Sarri’s team needed a renowned goalscorer and that is what they have gone and done now.

On the other hand, Higuain would have wanted more from the match and though he did have a positive start to his career in England, he will want to get off the mark immediately and start scoring. He has been brought in to do a job that Morata failed to do and with some crucial games coming up, it is essential that he is in the best of form.

Everyone knows that he is a top player and has been really impressive over the years at the club and international level, despite a few hiccups. However, if he can now get Chlesea back on track, things can really improve for him and he can flourish in England becoming a top star for the London based club.

‘Will Be A Big Blow To Chelsea’-Arsenal Is Set To Bid For A Chelsea Superstar, Which They Are Rumoured To Accept