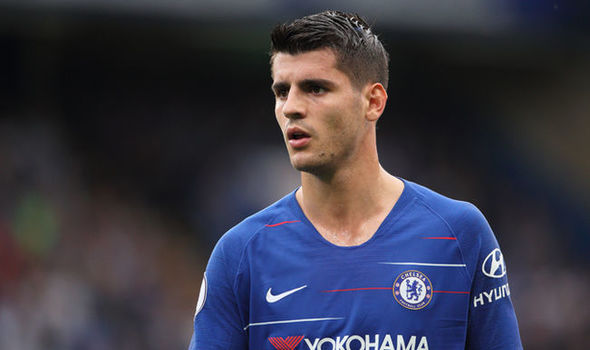 The star Spanish centre forward Alvaro Morata joined Atletico Madrid with a 18 month loan deal which would see him to play for the Spanish side till the end of 2019-20 season. Alvaro Morata was struggling with his goalscoring form at Stamford Bridge since his arrival. After so many easy misses, the confidence level of Alvaro Morata became really low. At the beginning of this winter transfer window, Alvaro Morata told the manager Maurizio Sarri that he would like to leave the club in this transfer window. So, the Blues landed Gonzalo Higuain from AC Milan in a six month long loan deal.

Gonzalo Higuain was loaned to AC Milan from Juventus as a part of the deal of Leonardo Bonucci to the other way. The star Argentine centre forward started the season on fire for AC Milan. However, he was not able to retain his goalscoring form in the next few matches of the season.

Alvaro Morata joined Chelsea from Real Madrid in the summer transfer window of 2017-18 season. The star Spanish centre forward was not able to prove himself in the English condition. His confidence level has been lowered day by day and he has missed several one on one opportunities in his career at Stamford Bridge.

Maurizio Sarri was not happy with the performance of Alvaro Morata from the very beginning of the season. Even Olivier Giroud is not a great goalscorer and he is good only in the link up play. That’s why Maurizio Sarri brought in Gonzalo Higuain in his squad to increase the depth.

Alvaro Morata wished to leave Stamford Bridge from the end of November and Maurizio Sarri clarified it in his statement. It was impossible for him to work with a player who did not wish to stay at the club. The star Chelsea centre-forward scored few important goals for the side in some matches of this season too.

However, it was not enough for him to cement his position in the starting eleven of the Blues. Even, the manager of Chelsea, Maurizio Sarri had to play Eden Hazard at the upfront of the field as a false nine in this season. Though, it was not a very successful one and that’s why the Higuain deal might prove to be really important one for the Blues.

On the other hand, Atletico Madrid also need one centre forward who can play alongside Antonie Griezmann. Antonie Griezmann is in great form in this season for Atletico Madrid. However, he is not getting enough support from the other centre forwards. Diego Costa is not at his prime form in this season and he is also suffering from injury problems. So, at this moment, the Madrid side will need a centre forward badly. Alvaro Morata started playing football in the academy of Atletico Madrid. However, he also spent a huge time in his career at Real Madrid B team and played for the first team of the Los Blancos. So, it will be a mixed feeling for the Spanish centre forward to join the new club.