Arsenal Legend Claims Ramsey Is Too Good To Let Go For Free, Tips Arsenal To Be A Bigger Club Than Juventus

Former Arsenal captain and defender, Tony Adams claims that the Gunners have made a huge mistake allowing someone of Aaron Ramsey’s calibre to leave the Emirates and that also on a free transfer. Ramsey will join Juventus at the end of the season as the Welshman has signed a pre-contract agreement with the Italian Serie A leaders. He will the Old Lady on July 1 after his contract expires with Arsenal.

Adams was not very pleased with the move and even claimed Arsenal to be a bigger club than Juventus.

“It is a different game and a different club to the one I left in 2002. We would be challenging and Juventus players would be signing for us,” he told Sky Sports News.

“Aaron Ramsey is too good to let go. Why would you go to Juventus anyway? They are a smaller club than Arsenal – that’s the way I have always felt about the Arsenal.”

“Other people think differently, maybe he thinks Cardiff is bigger.”

The legendary defender also spoke about a lot of issues at the player welfare and development event for the charity that he organised, Sporting Chance, which allows athletes faster recoveries from their addictions across the sporting fraternity.

Ramsey has been at Arsenal since 2011 from his boyhood club Cardiff City. He recently scored the goal for the Gunners at the North London Derby against arch-rivals Tottenham Hotspurs. But despite all the good run of form, there has been reluctance from Unai Emery to try and keep the Welshman at the club.

“It is a different game and a different club to the one I left in 2002. We would be challenging and Juventus players would be signing for us,” Adams added.

There were definite claims that the 28-year old Wales international was looking for a contract extension at the Emirates but it never came from the Arsenal board. Some of the fans were adamant as they claimed Ramsey to be better than Mesut Ozil, as the German certainly suffers criticism due to his questionable work rate in crunch fixtures.

The Welshman was more of a fan favourite and even the Arsenal legends feel the same way. Former Gunners goalkeeper David Seaman was admittedly fuming over the move and Alan Smith also found the move very displeasing. The collective annoyance and sense of disappointment is basically more on the Arsenal board than on any individual who actually wanted to stay but wasn’t allowed. 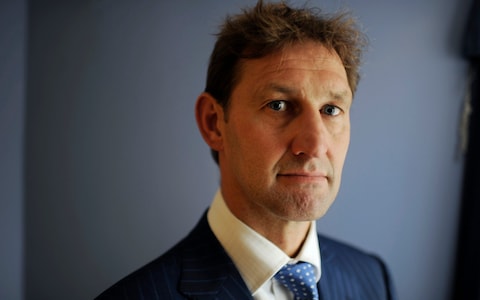 In his time at North London, the Welshman has bagged multiple FA Cups especially under the tutelage of Arsene Wenger with the latest trophy being on the 2016/17 season. The 28-year old midfielder was impressive during his tenure at the Emirates which resulted in him winning the Arsenal player of the Year twice, once in 2013/14 and the latest one last season.

However, a move to Juventus can be a double-edged knife for the Welshman as the Old Lady has multiple options in the heart of the midfield and considering the options the Welshman will have stiff competition to get into the first team which won’t be easy in Turin.

If he does manage to impress Massimiliano Allegri, it can definitely be the next step up in his career playing with the likes of Cristiano Ronaldo, Giorgio Chiellini and Paulo Dybala. It will be interesting to see how things develop, though there is no doubt that the Gunners will be surely losing a “gem”.