Frank Lampard Talks About This Chelsea Star, He Just Can’t Stop Praising Him

Derby County manager Frank Lampard has showered praise on Chelsea’s on-loan star Mason Mount who is currently playing under the guidance of Lampard. Mount is currently playing his football in the Championship but Lampard’s aim is to improve the youngster and send him back to Chelsea.

Ever since Maurizio Sarri has taken over as head coach of Chelsea football club back in 2018, he has done quite a commendable job by replacing Antonio Conte. The ex-Napoli master tactician received plenty of praise and plaudits from fans and pundits across the globe for bringing a beautiful yet effective brand of football into the Premier League. Sarri also led Chelsea to the League Cup final where his side lost out to Pep Guardiola’s Manchester City in penalty shootouts. Chelsea also progressed through to the Europa League Round of 16 but slipped up in the Premier League due to poor results. Chelsea slipped down to sixth place on the League table due to some losses and Sarri was close to losing his job. However, the Blues are still in contention for a Champions League berth but have tough times ahead because of their transfer ban. 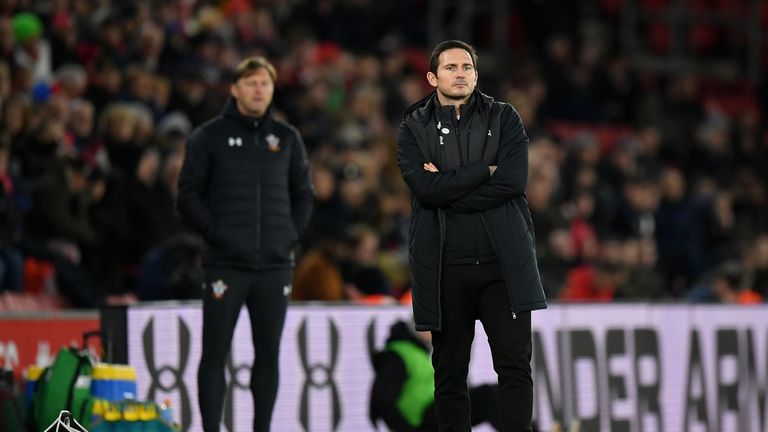 Chelsea may now have to look at their on loan players to come and fill in for the lack of signings for the next two seasons. One player who is thoroughly impressing in the Championship is Derby County midfielder, Mason Mount. The young Englishman is currently under the guidance of Chelsea legend and former England international Frank Lampard and the latter has some positive news for the Blues faithful.

Since making his loan move to Derby County, Mount has been arguably one of the best players for the club and scored six times also notching up three assists in all competitions this season. He has really been proving his worth to both sets of fans and this will be a great sign for the west London outfit, for the long-run.

His is just 20 at present and has a long way to go in his career, initially with the Championship side and later at the Bridge, once he does make his return. Both teams will know that and will want to do what is best for the player’s development, as that could benefit their cause.

Lampard has spoken highly of Mason, who could be on his way back to west London at the end of the current term. The 40-year-old said Chelsea legend spoke to talkSport and said, “In the modern day, he has got every box ticked in terms of his attributes. This year has been a great learning curve for him in the Championship, which is a tough league. What he does gives is real energy off the ball. His energy and desire to win the ball back is brilliant and then when you talk about the talent he has, he has everything to go right to the top. The England call-up he got will come again. His attitude and hunger is something that really pleases me. He is absolutely desperate to succeed, every day the way he trains he wants to improve. My aim is to send him back to Chelsea and go ‘there you go, you are one or two or three steps closer to their first team’.”

With the transfer ban, Chelsea will need fresh players at the club and the developing of their loan players could be the key to getting out of this mess for the next two season, as they could be hit with a two-window ban. The re-integration of this high quality star into the Chelsea team could be the tricky part as they have to fit in, though Sarri’s future will also play a major role and decide the fate of the younger players.

Share
Facebook
Twitter
Pinterest
WhatsApp
Previous articleForget Cup Ties, Manchester United Star Now Wants To Focus On Top Four Finish
Next articleLiverpool Should Have Signed This Striker In January, Who Could Have Been A Backup To Misfiring Salah