According to football journalist Adrian Durham, Liverpool center-back Virgil Van Dijk is not as good as most of the pundits make him out to be. The Dutch defender scored another wonderful headed goal against Bayern Munich in the Champions League second leg but Durham is still not impressed with Van Dijk as most others.

Liverpool is currently going great guns this season as Jurgen Klopp’s side sit in 2nd place on the Premier League table and are just one point behind leaders Manchester City. Even though most fans and pundits believe that Liverpool has bottled the title, they are pushing Pep Guardiola’s side to the limit and are still well and truly in the hunt for ending their 29-year wait for a Premier League title. With just eight games remaining in the Premier League, one key factor for the Reds this season has been their defensive record. Liverpool has conceded only 17 goals in 30 League games this term keeping the meanest defense in England’s top flight. 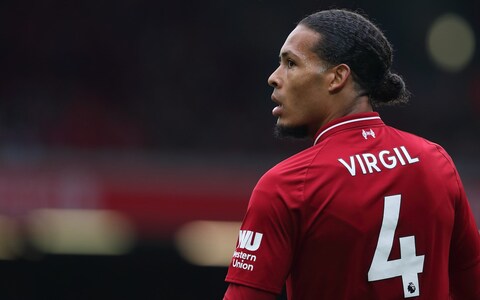 Almost every Liverpool fan has been in awe of how brilliant they have been defensively but that back line has been reinvigorated by the addition of a few stellar players. Andrew Robertson’s emergence has been unbelievable while Trent Alexander Arnold has shown maturity beyond his age. Liverpool spent big money on their goalkeeper Alisson Becker in the summer and the Brazilian has been a top drawer signing for the Merseyside club ever since joining Anfield.

If there is one player who is arguably the player of Liverpool’s season so far, it has to be Virgil Van Dijk. The Dutch international arrived at Anfield from Southampton at a record price for any defender, £70m in last season’s winter transfer window but that price tag seems to have been forgotten. In fact, most fans believe that the price Liverpool got Van Dijk in for was quite a bargain considering his importance to the team.

His rock solid presence in defense has helped Liverpool cover up their leaky holes and Klopp’s unit no longer concede those silly goals they used to a before Van Dijk’s arrival. His calmness and authority on the football pitch settle nerves for the rest of the team and assurance is guaranteed with the 27-year-old centre-back. 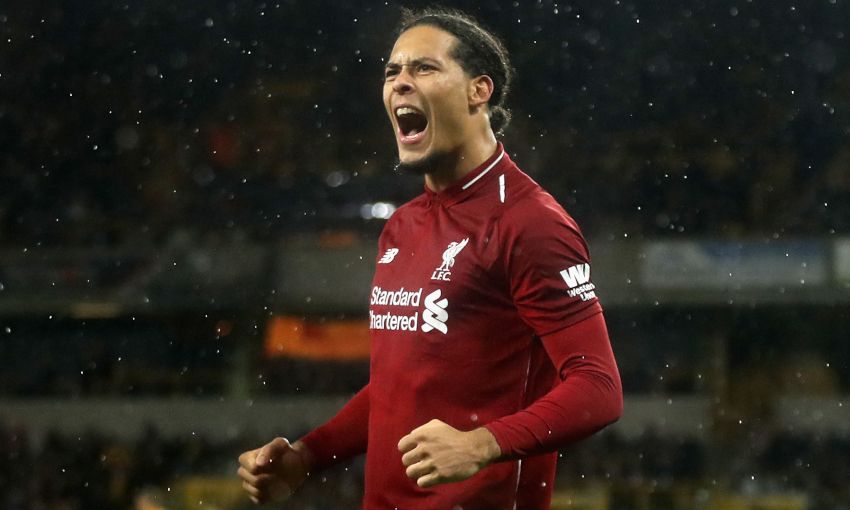 Not only defensively, but Van Dijk is a threat in attacking situations as well as he scored against Bayern Munich in the Allianz Arena to help Liverpool progress through to the quarterfinals of the Champions League.

However, despite the praise that Van Dijk has received since his move to Liverpool, talkSport journalist Adrian Durham has stated that he isn’t a great defender in comparison to most other top-class defenders, “Let me start by saying, I think he is very good but when I saw the goal that Gerard Pique scored for Barcelona last night, I do not see Van Dijk doing that. I don’t see Van Dijk doing what John Terry, Rio Ferdinand or Nemanja Vidic did in the Premier League. He has improved Liverpool, but how good is he really compared with the rest even around now?”

Well, the Dutch defender made a silly error which helped former Reds’ star Ryan Babel score the equalizer against his former side for Fulham. Though the latter did not win the game, but it was Van Dijk who nearly helped the opponents get back in the game and it could have been a costly mistake, had Liverpool not scored a second in the match. This will be something that will be on his mind and hopefully he can put in a solid performance in the weeks to come.