Arsenal are on the lookout for a new out winger as the summer transfer window approaches. The Gunners’ lack of depth in that area has forced Unai Emery to tweak formations and field players out of position at times throughout the season and it has cost them to an extent. Daily Mail reporter Sami Mobkel has reported that Arsenal are reportedly interested in Crystal Palace winger Wilfried Zaha. The Eagles value their star man at an exhorbitant £80 million and it is reported that the player will be allowed to leave Selhurst Park if the asking price of the club is met by a potential suitor.

The 26 year old Ivory Coast international is now an experienced figure in the Premier League and with time he has developed into one of the best wingers in the league. Unai Emery has a budget to work on with next summer and he apparently wants Zaha to be part of next season’s Arsenal squad along with other reinforcements. However, Arsenal fans are convinced that Zaha is not the man for them and the hefty price tag they put on him is putting further doubts in their minds. 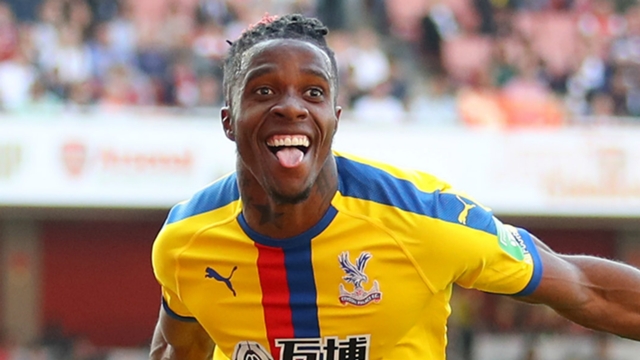 Fans have taken to Twitter stating that the money could be used to sign better players like Nicolas Pepe. One fan stated that with the price tag of Zaha, the entire Crytal Palace can be brought in a post which was a troll. People are calling the price tag a joke and Palace might eventually have to lower their asking price if Zaha wants to leave for a club that will offer him European football next season.

Borussia Dortmund are also amongst the clubs which are rumored to be keeping a close eye on him, though it is very unlikely that the Palace main man will land up at Signal Iduna Park next season if the asking price is not reduced drastically. The Ivorian has scored 9 goals and assisted further 8 more in this campaign in all competitions for Crystal Palace. While the Gunners are looking for a winger it is unlikely they too will give in to the asking price at Crystal Palace since they have a limited budget to operate on this summer. The chances of Palace reducing their prices are limited as Zaha penned down a long term contract till 2023 in August 2018 and a reduction could only happen if Zaha hands in a transfer request and tries to force through a transfer, though Crystal Palace have the upper hand here.

Transfer news: Arsenal are interested in Wilfried Zaha but Crystal Palace have slapped a £75m price tag on the attacker which could be an issue for Arsenal [@SamiMokbel81_DM]. pic.twitter.com/J0J4Hi7GB9

Palace are currently sitting 12th in the Premier League and have no chance of qualifying for the Europa League next season, which might eventually make Zaha hand in a transfer request as he’s reaching the peak of his career.

A flop transfer to Manchester United in January 2013 had stalled Zaha’s career and a comeback at Selhurst Park had done him real good. He is ready to jump the ship again and play in a top European side, though which club that exactly is, still remains to be seen.