Chelsea To Sign Another Top Class Midfielder In The Upcoming Transfer Window?

According to the latest reports, Premier League side Chelsea is looking to sign Athletico Paranaense midfielder Bruno Guimaraes in the upcoming summer transfer window. The Blues are looking to bolster their squad for next season if they are not imposed by the FA for a transfer ban and Bruno is one of their prime targets but Shakhtar Donetsk is also keen on the Brazilian midfielder.

Ever since Maurizio Sarri took charge of Chelsea football club back in the summer of 2018, he has done quite a wonderful job by replacing fellow Italian compatriot Antonio Conte. The ex-Napoli master tactician received plenty of praise and plaudits from fans and pundits all across the globe for the impressive and attractive brand of football that he brought into the Premier League. Sarri guided Chelsea into the finals of the League Cup but they lost out to Pep Guardiola’s Manchester City on a penalty shootout.

The West London club has also made it into the quarterfinals of the Europa League and they look like serious contenders to go on and win the continental trophy. However, Chelsea also faces an uphill task to finish inside the top 4 of the Premier League as they currently sit in 5th place in the League table. With the lack of Champions League football, it will be extremely difficult for the Blues to keep hold of their star players at Stamford Bridge. Even more so, they will not be allowed to purchase any players over the next two transfer windows because of the possibility of a transfer ban imposed by the FA. However, despite all the positives at Chelsea, Sarri has also come under criticism for being too stubborn at times and playing key players out of position at Chelsea. The 60-year-old has always used Jorginho as the anchor in his midfield to implement his philosophical game style called ‘Sarri-ball’.

The numbers aren’t that great for the 27-year-old Italian international as he has racked up just two goals and zero assists after being the player who has made the most passes in England’s top flight. 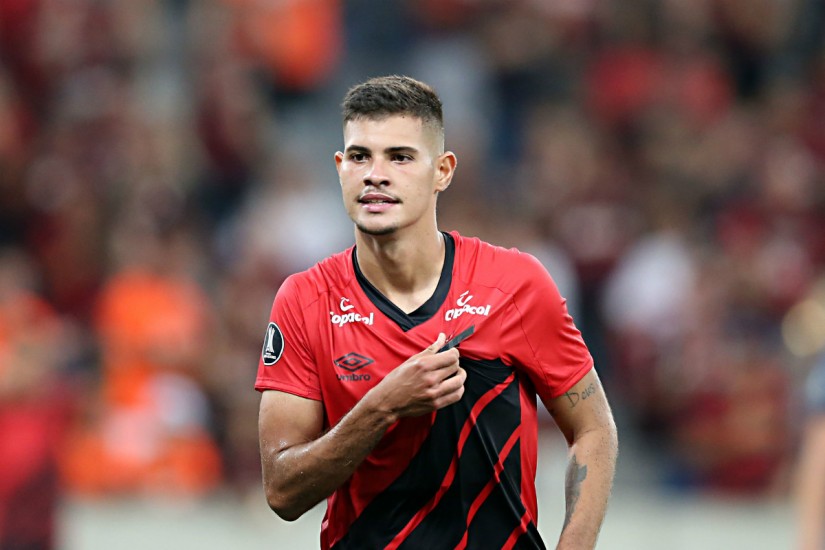 Therefore, Sarri is on the lookout for a player who can replace Jorginho or partner him in midfield and he has been keeping tabs on Bruno from Athletico Paranaense. The 21-year-old seems to be the ideal holding midfielder as his passing attributes comes second to none. Bruno is also strong and physical so he can overpower opposing players in midfield and also create chances in the attacking third.

The Brazilian has already scored one goal and notched up two assists as well in three Copa Libertadores appearances so far this year. Because Bruno is only 21, he is also younger and quicker than most other midfielders but the issue for Chelsea would be that he lacks experience and especially in English football.

Ukrainian outfit Shakhtar Donetsk is also keeping a close eye on the progress of Bruno and they have been known to pick up talents from the South American leagues.  But Chelsea is looking to raid their European counterparts in the summer.