According to the latest reports, former Manchester United boss Jose Mourinho has a message for Liverpool ahead of their Champions League semi-final clash against La Liga giants Barcelona. The Portuguese manager has warned the Reds not to go man to man against Barcelona talisman Lionel Messi when the two sides clash.

Jose Mourinho Has A Master-Plan To Stop Messi

Liverpool is enjoying one of their most successful campaigns in the Premier League ever since the club was formed back in 1892 as they currently sit at the summit of the English Premier League table. The Reds are two points ahead of Manchester City even though Pep Guardiola’s side still have a game in hand.

The Blue half of Manchester stormed their way into the Premiership last season as they broke multiple records by amassing 100 points in the process. However, Liverpool is keen on ensuring that this season’s title race will go down to the wire as they are not going to go away without a fight until the end. 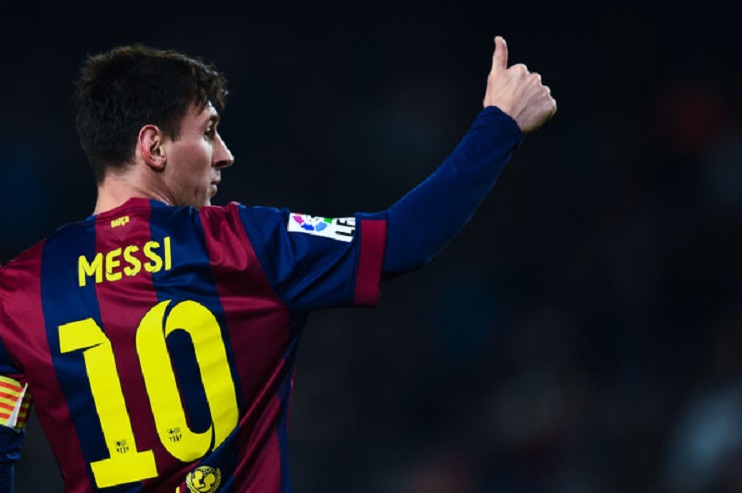 Jurgen Klopp’s side also booked their place in the semi-finals of the Champions League. That was after a 6-1 aggregate drubbing of FC Porto over two legs. Liverpool has now set up a crunch encounter against Catalonian side Barcelona in the next few weeks of the tournament. They will possess a much bigger challenge than the Portuguese outfit.

Barcelona made easy work of Mourinho’s former club Manchester United in the Champions League quarter-finals. They went through with a 4-0 aggregate win over the English side. One player who stood out on the pitch was none other than Barcelona talisman Lionel Messi. The Argentine was at the heart of almost everything and two goals in quick succession put the game beyond the reach of Manchester United. Messi now has 10 goals in the Champions League and is the top scorer in the tournament and he is playing on a different level this season.

What Is The Latest Update For Manchester United For The Current Season?

The 31-year-old attacker has now scored 45 goals in all competitions this season. He has also notched up 20 assists. The Argentine is hungry to win the elusive Champions League trophy for Barcelona. 56-year-old Jose Mourinho has admitted that Liverpool has an extremely difficult task in keeping him quiet.

?| Liverpool have played four times at the Camp Nou against Barcelona:

Mourinho spoke to Russia Today as a pundit. He spoke very highly of Lionel Messi stating that Liverpool needs a cage to stop him, “Messi is having a phenomenal season. Now, with Juventus and Cristiano Ronaldo outside this fight, he also knows that the golden ball is there waiting for him. Messi is easy to understand. But it is not easy to create a cage to control him. This is because he comes from the right but then stays in the middle. It is very difficult. When Messi has the ball, one, one, one, you are dead. That is why I never liked the individual man-to-man against Messi. Messi is in a cage. You have to create a cage.”

Jurgen Klopp will be facing the champions of Spain, Barcelona for the first time in his managerial career as a professional. However, he has faced the Catalonians and Messi in a friendly fixture at Wembley back in 2016.