He Is Already A Legend At Chelsea, Says Former Blues’ Star Didier Drogba

According to Chelsea legend Didier Drogba, Blues star forward Eden Hazard is already a legend at the club regardless of his future. The Belgian superstar has been linked with a move away from the club in the summer transfer window but Drogba believes that Hazard’s legendary status has already been secured at Stamford Bridge.

Ever since Maurizio Sarri took charge of the Chelsea football club back in the summer of 2018, he has done quite an impressive job so far. The former Napoli master tactician received plenty of praise and plaudits from fans and pundits across the globe for bringing in an attractive and effective style of football into the Premier League.

The Comments Of Chelsea Legend Didier Drogba About The Star

Sarri led Chelsea to the League Cup finals but lost out to Pep Guardiola’s Manchester City in the penalty shootout.  The West London club has also reached the quarterfinals of the Europa League and look like serious contenders to win the competition. However, the main issue for Chelsea this season is the uphill battle they are facing to finish in the top four of the Premier League. 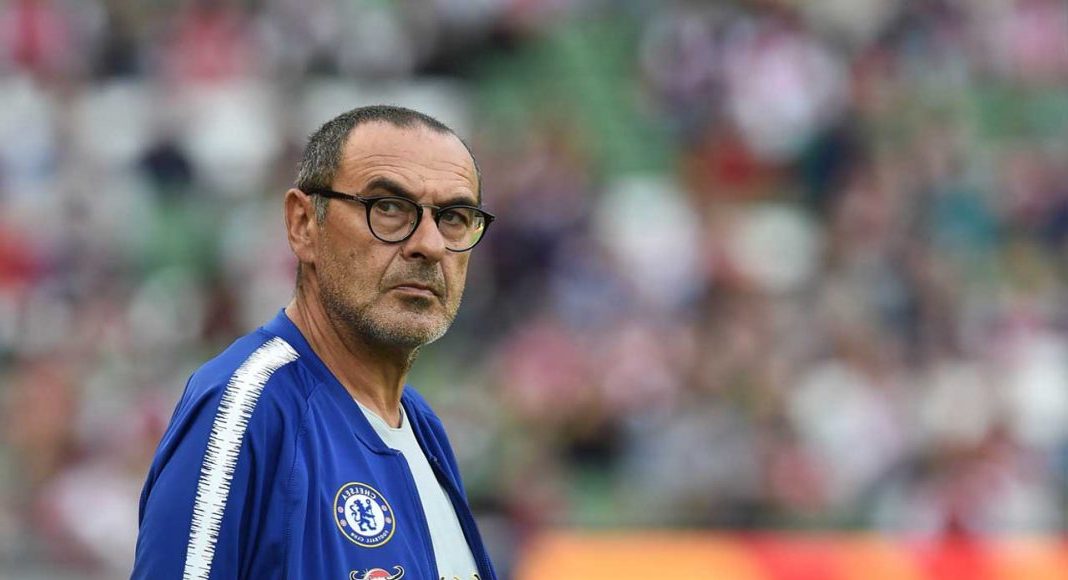 Chelsea sits in sixth place in the League table at the moment and if they are unable to book a Champions League berth, they could potentially lose out on Eden Hazard. The 28-year-old star has been sublime for Chelsea ever since joining the club back in 2012 from French club Lille. Hazard has been crucial to Chelsea’s success over the past few seasons, winning the Europa League, two Premier League titles, one League Cup and one FA Cup as well.

His stellar performances have caught the eye of La Liga giants Real Madrid and the Spanish outfit have been keen on signing him for quite a few seasons now. Hazard has scored 16 goals and notched up 11 assists as well this season but the worrying factor for the Chelsea fans is that his contract expires next summer. Hazard has been stalling a contract extension at Stamford Bridge but former Chelsea striker Didier Drogba believes the winger has already achieved legendary status at the club.

What Did He Say About The Blues’ Star?

While speaking to news outlet Goal, the Ivorian said, “He has become more clinical. It comes with age as well. He is very efficient and I am really happy to see that. He is leading the team, carrying the team on his shoulders and he is doing that well.  He is someone who has got very high expectations of himself and his teammates because he wants to win. Sometimes this pushes you to do a little bit more to do well because you want your teammates to get to your level. This happens sometimes, but the more he plays in these big games, he reads the game better.”

Drogba on Eden Hazard: "He is a legend (regardless of what happens), look at what he achieved in six years at the club. He won the league twice, won the FA Cup, won Player of the Year. We are talking about Eden Hazard. Please!" #CFC pic.twitter.com/PPd7IaWels

Drogba went on to shower praise on his former teammate: “He is a legend [regardless of what happens], looks at what he achieved in six years at the club. He won the league twice, won the FA Cup, won Player of the Year. We are talking about Eden Hazard. Please! He brought something that we had not seen for such a long time. The closest I can bring to him if I compare, if I may, is [Gianfranco] Zola. The talent to dribble, to make the difference and dribble one-versus-one. That is him”

Chelsea is reportedly ready to cash in on their star player, with Real Madrid interested but the only thing they have been waiting for is the approval from Los Blancos boss Zinedine Zidane. The winter arrival of Borussia Dortmund star Christian Pulisic is understood to be part of the club’s preparation for life after Hazard. Well, let’s see how this transfer goes, as nothing is certain in the world of football till it is actually done.

The play-maker has been really impressive for the west London giants as he is taking responsibility and making the right kind of impact. He started off the season quite strong and will want to leave the Londoners on a positive note. Sarri’s side has been struggling at times this term to make an impact and Hazard has been the Italian manager’s “go-to” player.

With that being said, the fans do not wish to see him leave the club, though it is his dream to play at the Bernabeu. Only time will tell what happens here and it will be a transfer saga worth monitoring.