Manchester United’s Bid For Chelsea Target Has Been Rejected For Now, Who Will Sign Him?

Manchester United are looking for a number of players to bolster their squad next summer. One of the prime areas of concern for the Red Devils is the defence and they are looking at big names like Kalidou Koulibaly, Mathhijs de Ligt and Harry Maguire. Ed Woodward has already started working on meeting agents and the clubs. It is said that Manchester United have already placed a mammoth offer of £95m to Aurelio de Laurentiis at Napoli for Kalidou Koulibaly but the bid has been rejected by Gli Azzuri.

This transfer had it taken place would have shattered the current transfer record for a defender which is held by Dutchman Virgil Van Dijk for his £75m move from Southampton to Liverpool in January 2018. Koulibaly, the almost 28-year-old Senegalese international, has been a revelation for Napoli since he joined the club in 2014 from Belgian side KCR Genk for a paltry sum in single digit million euros. He has developed into one of the top central defenders in the planet over time known for his immaculate physical strength and positioning sense. 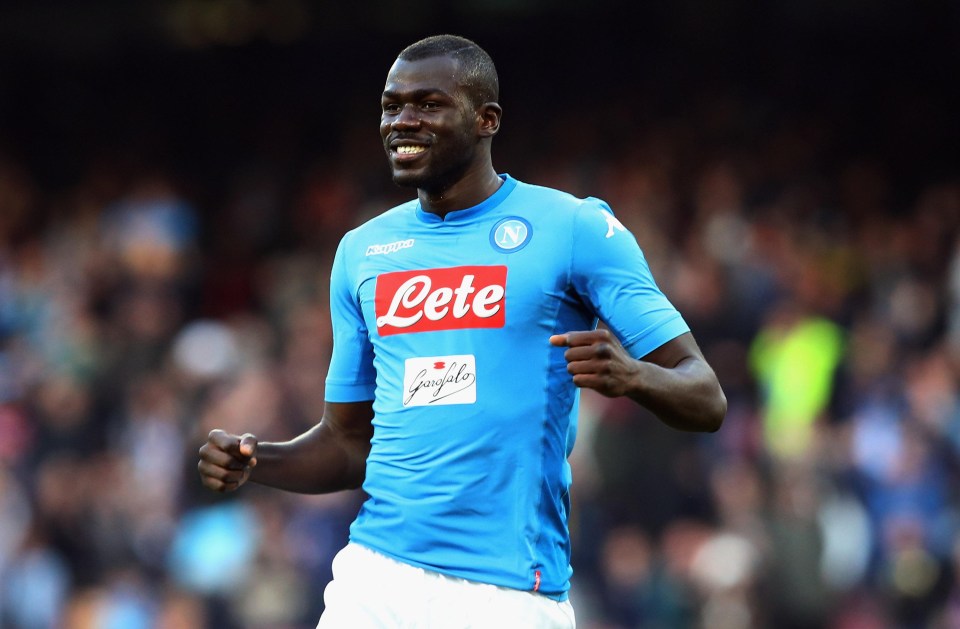 He’s also a leader in the back-line which is something Manchester United have been missing for quite some time now, along with keeping the likes of Chelsea quite interested as well. A very good header of the ball, Koulibaly is a defender who’s likely to slot in as a starter in most clubs across the world should they be able to get his signature.

Notable Italian journalist, Nicolo Schira who’s a correspondent for Gazetta dello Sport is the one who reported that United’s bid has been turned down by the Napoli management. Koulibaly has been one of the central reasons of Napoli’s domestic stability and consistent challenge to the title rivals Juventus in recent times. He has once again had a brilliant season helping Carlo Ancelotti’s side keep 13 clean sheets.

He was one of the spearheads in Sarri’s side back in Naples and the Italian boss now wants him in west London too. He will try to get a deal done for his former player, though it will surely not be easy.

He has also completed 31 successful blocks and has won 67 percent of his tackles. It is likely that United might return for a higher bid but they are looking at other options too. Paul Pogba’s agent Mino Raiola is an advisor to Mathhijs de Ligt and the superstar agent might convince the most wanted young defender in the planet to sign a contract at Old Trafford which will be a very big boost for Ole Gunnar Solksjaer as he looks to build a strong United squad which will be contending for the domestic title next season.

United are set in for a busy summer as the club are in advanced talks with Swansea City for the signature of Welsh youngster Daniel James who’s been an important player for the Championship side on the flanks this season. United have a tough summer ahead of them in the transfer market as it will be tough for them to compete for players who are playing in the Champions League next season or are being targeted by Champions League clubs. A lot of groundwork needs to be done by the United board to have a really good squad ready to challenge the likes of Liverpool and derby rivals Manchester City next season.