Match Report : Barcelona 3-0 Liverpool, What Went Wrong For The Reds?

Barcelona are well on course for another treble as they defeated Liverpool 3-0 at Camp Nou in the first leg of the UEFA Champions League semi final. Luis Suarez opened the scoring in the first half while a double from Lionel Messi in the second half has put the La Liga in a pole position to proceed to the finals to be held at the Wanda Metropolitano in Madrid exactly a month from now.

Lionel Messi, Sergi Roberto and Sergio Busquets returned to the squad after being rested in the weekend against Levante. Jurgen Klopp also made changes as Joe Gomez, Joel Matip, James Milner and Fabinho got starts ahead of Trent Alexander Arnold, Dejan Lovren, Jordan Henderson and Daniel Sturridge who played in the weekend against Huddersfied Town. Wijnaldum took up the false nine position In place of Roberto Firmino who was not fit enough to start the match.

The game started in a very even fashion and both sides very trying to attack each other and put in a goal while defending cautiously at the same point of time. Philippe Coutinho almost made life miserable for his former club as his 16th minute strike past Alisson’s far post was declared offside. Things got a bit off the books for Liverpool as Naby Keita then had to be taken off the field with a groin injury after a clash with Ivan Rakitic. Jordan Henderson replaced him in the 24th minute. 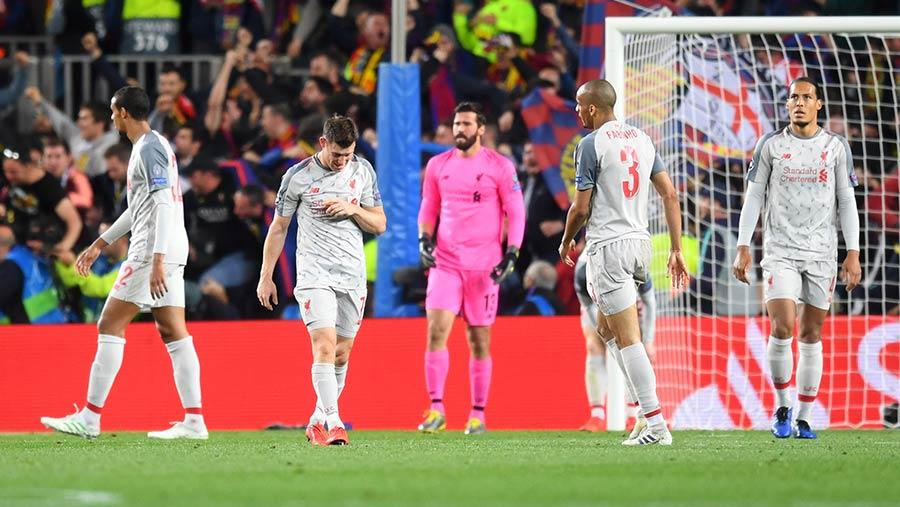 It was the 26th minute and Barcelona drew first blood as former Liverpool striker Luis Suarez directed the ball past Alisson Becker into the back of the net from a beautiful cross from Jordi Alba. The timing of the run by Suarez was immaculate as he went between the two Liverpool centre backs to score his first Champions League goal of the season. In minute 35, Henderson picked out a perfect long ball over Pique and Sadio Mane shot it well over the bar.

It was all Liverpool in the beginning of the second half as they pressed really well and effectively in the search of that elusive and important away goal. The Liverpool attack forced  back to back saves from ter Stegen who did a brilliant job in keeping Barcelona in pole position in the tie. All of Liverpool’s attack went in vain as a Luis Suarez shot hit the bar in well devised counter attack which fell kindly in the path of Leo Messi who made it 2-0 in the 75th minute. In the 82nd minute, Messi completed his brace from a brilliant free-kick from 26 yards out into the top corner to make it 3-0 as a result of a foul on the him by Fabinho and it took the game only further away from Liverpool. 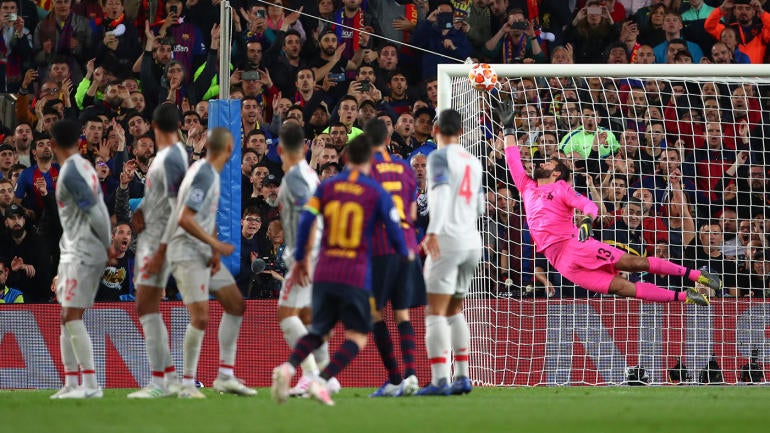 Liverpool started becoming a bit more in the final minutes and they gave Barcelona a torrid moment as Firmino took a shot which was saved on the goal-line by Pique and the rebound fell kindly to Salah who only could find the crossbar. Barcelona had two big chances at the end which could have buried the match beyond Liverpool’s expectation but Ousmane Dembele wasted both of them.

Barcelona travel to Anfield next Tuesday to play the second leg of the fixture and hope to proceed to the final. They travel to Celta Vigo in La Liga on Saturday while Liverpool travel to St. James Park on the same day to face Newcastle United before hosting the Barcelona next week.