It is official now. Manchester United won’t be able to participate in the UEFA Champions League next season. Their hopes of a top-four finish were finished tonight as they were held to a 1-1 draw by relegated side Huddersfield Town at The John Smith’s Stadium. United academy product Scott McTominay fired the Red Devils into the lead in the 8th minute but Jan Siewert’s side fought back to equalise in the 60th minute through Belgian winger Isaac Mbenza who’s on loan from HSC Montpellier till the end of the season.

Here are 4 talking points from the match which the Red Devils should have won, but could only manage a 1-1 draw in:

David de Gea has come under fire from Manchester United fans for his recent performances which have been a severe letdown and the Spaniard has conceded goals on the trot which used to saves him a few months back. De Gea needed a confidence booster and today’s performance would help him a lot. The coach had publicly backed him and he made two saves with his feet which denied Huddersfield goals and kept United in contention for 3 points in the match. 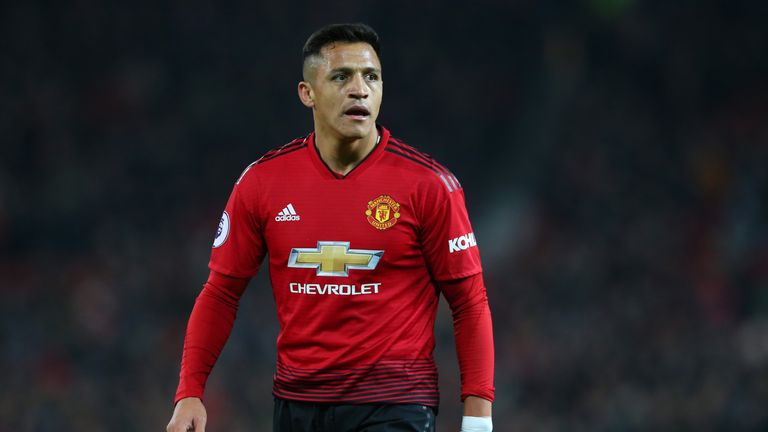 The Chilean has been of little value to Manchester United. That is, ever since his move to Old Trafford in January 2018. He has mostly cut a sorry figure on the pitch and his performances absolutely do not justify the club record wages that he draws every week. With one goal in the Premier League this season, he is nowhere near the player he was for Arsenal and it would be best for both parties if they start looking at other options once the summer transfer window arrives. Today’s match was perhaps his last chance to impress the management and the fans and it went horribly as he could not be on the scoresheet again and had to subbed off due to injury

Unusual delay in the match due to flag:

In what has been an episode that does not occur often in football, there was a delay in the match. This was due to a corner flag getting repaired. Following Mbenza’s equaliser in the 60th minute, Huddersfield players ended up breaking the flag. That was while they were celebrating. This resulted in a six-minute delay as the ground staff fixed it and the match resumed thereafter.

Manchester United have a lot of work to do:

It was an uninspiring and dull display once again. That was after an early spell of dominance. Something United has been too familiar with under Ole Gunnar Solksjaer. He had a brilliant start to his campaign as United manager.

Manchester United once again failed to bring in three points. A lack of Champions League football next season would only mean more work cut out in squad rebuilding. Ole needs to adjust his tactics as his usage of Pogba has become predictable. The manager needs to explore and try out things in pre-season so that The Red Devils are back in better condition next season.