You Won’t Believe The Strange Claim That Giroud Had Made, Liverpool Fans Had A Laugh?

According to the reports, Chelsea striker Olivier Giroud had backed his club mate Eden Hazard to get the better of Liverpool defender Virgil Van Dijk when the two teams clashed in the Premier League. Chelsea had visited Anfield in order to give the Merseyside club another dent in their title challenge and also look to strengthen their place in the top 4 of the table back then.

Jurgen Klopp’s Liverpool was enjoying their best season in the Premier League this term ever since the club was formed back in 1892. The Reds sat at the summit of England’s top flight table, two points ahead of Manchester City and are in the hunt to end their 29-year long wait for a Premier League title. Although Manchester City still has a game in hand, Liverpool has done incredibly well to still remain in the title contention against Pep Guardiola’s team. Manchester City stormed their way to the Premiership last season when they broke multiple records in the process and amassed a staggering 100 points as well. But Liverpool is ensuring that this season’s title race goes right down to the wire as they will stay well close to their fierce rivals. One department that has improved immensely for Liverpool this season has been their defense and that is mainly due to Dutch centre-back Virgil Van Dijk. The 28 year old arrived at Anfield during last season’s winter transfer window from Southampton at a world record transfer fee of £75m and has been an imperious figure at the heart of Liverpool’s back line ever since guiding them to the Champions League final also last season. Keeping the meanest defense in England this season, Liverpool have to give credit to Virgil Van Dijk, who is in the running for the Player of the Season as well.

However, Chelsea striker Olivier Giroud had admitted that his team-mate Eden Hazard should win that individual honor. Hazard has scored 16 times and assisted another 12 this season to keep Chelsea’s top four hopes alive and Giroud showered praise on the Belgian winger when asked who should win Player of the Year, “I would say Eden Hazard should win it. I think I cannot say [who I voted for], I would vote for Eden Hazard [if I could].” 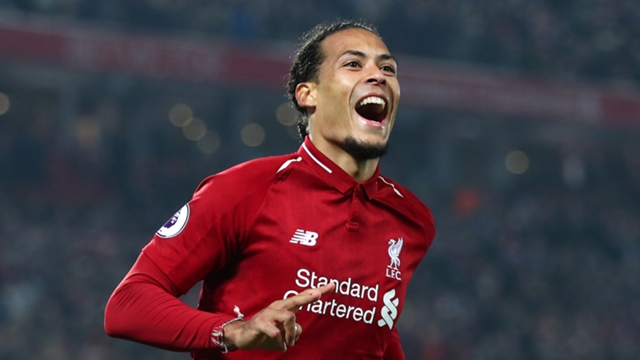 The Frenchman then spoke about Van Dijk and how he has managed to get the better of the Liverpool defender a few times, “I played against Van Dijk personally a few times and it has always been a tough position because he is very good and very strong, but I’ve scored a few goals playing against his teams”

The 31 year old Giroud went on to explain what Chelsea’s tactics will be when they visit Anfield on Sunday in a mouth watering encounter “It will be a tough game, Liverpool are fighting for the title. It will be a special game. We are professional and need to be it to the side and focus on the game. We are very pleased and looking forward to this game as competitors we want to play these big games and 100% for our target. So, we need to go there and start on the front foot and believe in our qualities and game. We need to be careful because we don’t want to expose ourselves too much because we know they are quality, especially on the counter-attack and they have an amazing three strikers, so we are aware of that. We will work on that and we want to win this game.”