According to the latest reports, Premier League side Arsenal are looking to make their first signing of the summer transfer window after agreeing personal terms with Lorient star Alexis Claude-Maurice. The talented French winger has impressed in Ligue 2 but could peg the north London side back with £18m which could be a bit too much for 21-year-old considering the fact that Arsenal is on a transfer budget.

Unai Emery had quite a mixed season in his first season in charge of the Arsenal football club when he replaced the legendary Arsene Wenger in the summer of 2018. The 69-year-old Frenchman spent 22 long years at Arsenal and won several major honors during his reign including seven FA Cups and three Premier League titles. But during the last few seasons of his Arsenal career, even the most ardent of Gooners wanted him out of the club because he was unable to adapt to the newer generation of managers. Arsenal were crying out for some fresh air and Emery provided that with his arrival in the English capital last season. 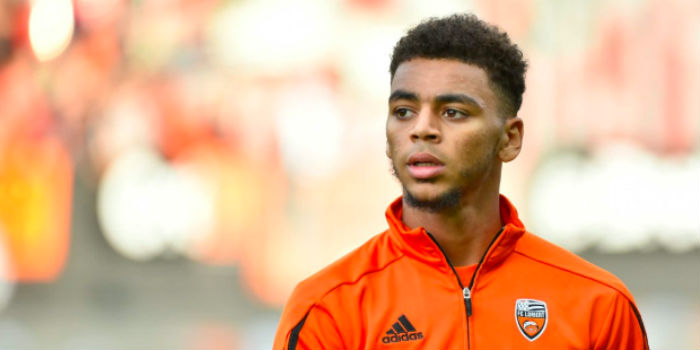 The 48-year-old Spanish manager instilled his philosophy into the club and took the Gunners on a 22 game unbeaten streak across all competitions. Even most of Emery’s summer signings hit the ground running and things were looking positive for Arsenal initially. The north London club had a great chance of finishing inside the top four but a late blip towards the end of the season meant they had to settle for fifth place. Arsenal had another chance of qualifying into the Champions League if they beat their local London rivals Chelsea in the final of the Europa League. However, a 4-1 humiliation against the Blues in Baku meant that Arsenal will be playing in the Europa League once again next term.

This result also meant that Emery has a big task on his hands if he wants to win titles at the Emirates Stadium. One area in which he wants to improve is in wide positions and the Gunners are linked to signing French forward Alexis Claude-Maurice. The 21-year-old winger came through the youth ranks of Lorient but broke through into the first team setup back in 2017 and has been quite impressive ever since.

Alexis Claude-Maurice is on his way to the Emirates for £18m. [@SoccerLink_] pic.twitter.com/QPq4OQGlzB

Claude-Maurice scored 14 times and notched up 4 assists as well in the Ligue 2 attracting plenty of interest from several clubs across the European continent. The 21-year-old wonder-kid has been one of the prime targets for the London club duo of West Ham United and Arsenal but the Gunners seem to be winning the race to bring Claude Maurice to England.

Reports state that Claude Maurice has agreed on personal terms with Arsenal over a €20m deal and the announcement of the move should be made in the next few weeks, with the player becoming the north London giant’s first signing of the summer. Claude Maurice is quite a versatile player as well and he can play on either side of the flank and also through the middle, which will be a huge boost for the Spanish manager.