According to the latest reports, Premier League giants Manchester United have made their first impression on the summer transfer window by signing Daniel James from Championship side Swansea City in principle. The young midfielder completed his medical today and will be announced as an official Manchester United player when the international transfer window opens up next week.

Manchester United had quite a torturous season to bear with this term as they finished in sixth place on the Premier League table. Initially, Jose Mourinho was in charge of the English club but the United faithful were not too pleased with the way he was handling the team because he instilled his defensive philosophy into the club. The ‘Special One’ was unable to grind out the results as well and with dire performances, the writing was on the wall for Mourinho and he was fired back in December. The Red Devils then turned towards a familiar face in the form of Ole Gunnar Solskjaer to handle the reins at least until the end of the season. 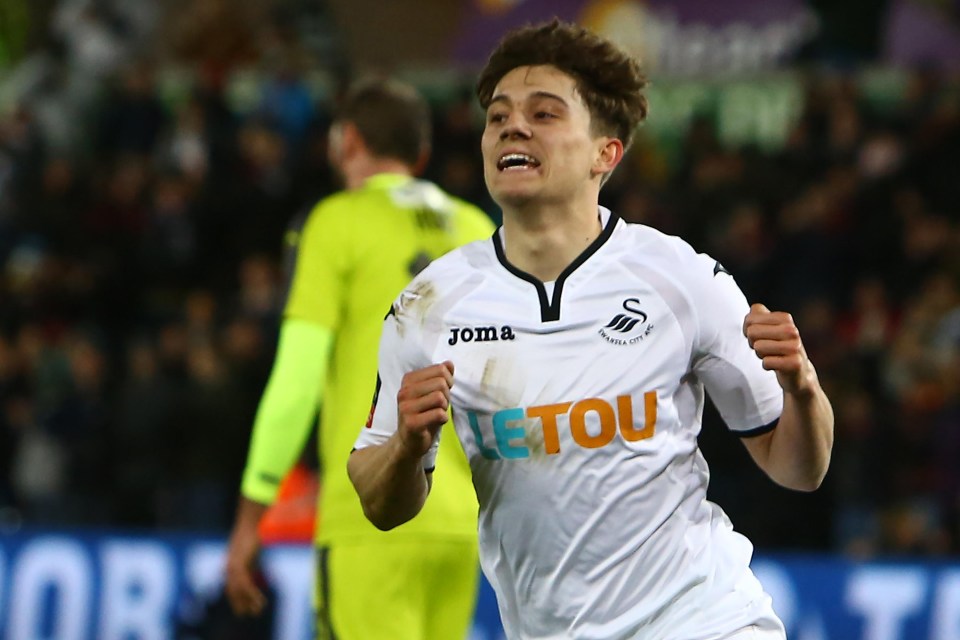 The Norwegian however, exceeded expectations at the club and the board offered him a three-year contract but results did no go the desired way for Solskjaer’s following his permanent appointment. The 46-year-old Solskjaer now has a massive task on his hands to bring United back to the top and competing for major honors once again but he is making some progress as he signed his first player as manager of Manchester United.

Swansea City has reportedly agreed on a £15m plus add-ons for Daniel James as the Welshman will become the first player to sign for Manchester United this season. The 21-year-old winger scored four times and assisted seven more in the Championship during his breakthrough season and United were heavily impressed with James.

Manchester United legend and current Wales national team manager Ryan Giggs has also spoken positively about James and his pace, versatility, and temperament, “He is a talent and when you have speed like that as well as the temperament that he has, he could play anywhere, If you go to United or any big club there is pressure on you. As a manager you want all your players to be playing to a higher level as they can and their ability deserves.”

United will be playing in the Europa League next season as they finished in sixth place, five points adrift from a top-four berth. James has also been capped twice with Wales but withdrew his name from the national team training camp in Portugal to attend the death of his father. The Red Devils will be hoping to add a few more high-quality players to their squad in order to be able to compete for titles and silverware over the next few seasons.

James will be hoping to nail down a starting berth despite tough competition in attack as he will have to outplay Juan Mata, Alexis Sanchez, Marcus Rashford, Anthony Martial and Romelu Lukaku. These are some top players and though Mata may not be a first team starter, things will get quite interesting at Old Trafford now.