According to the latest reports, former Liverpool star Stevie Nicol has admitted that the Reds should decide whether to sell star forward Divock Origi in the upcoming summer transfer window despite his heroics in the Champions League final. The Belgian scored a late goal to ensure that Liverpool won the title in Madrid and could be on the verge of receiving a new deal which will help him earn a new improved contract at the club.

Liverpool achieved Champions League success this season when they managed to bring back the European trophy for the sixth time in their illustrious history after a 2-0 win against Mauricio Pochettino’s Spurs in the Spanish capital. The Merseyside club also finished as runners-up in the Premier League and pushed Manchester City all the way to ensure that the Pep Guardiola’s men lift the title with some nerves at the very least. Jurgen Klopp’s outfit finished the campaign with 97 points, just one solitary point behind eventual champions Manchester City. 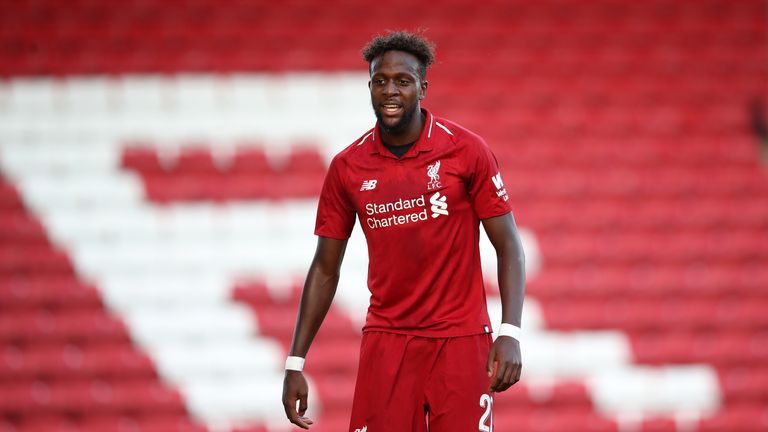 Liverpool did taste glory in the Champions League and one player who was instrumental in that feat was Belgian superstar Divock Origi. The 24-year-old striker was on hand to help Liverpool complete a dramatic comeback against Barcelona in the semi-finals of the tournament. Origi netted a brace along with Georginio Wijnaldum against the La Liga champions to dump them out of the competition and send the Reds into the final after they trailed 3-0 from the first leg.

Origi then scored in the final as well to all but confirm the result and trophy coming back to Liverpool which has got him back into the good books of the Liverpool faithful. This could mean that he is set for a contract extension, something that was unlikely last summer as he was at the exit door at Anfield after returning from his loan spell with German club Wolfsburg. But ESPN pundit Steve Nicol believes that Orgi should be released amid the hype that he is surrounded by at the moment.

Liverpool will offer Divock Origi a new contract, with Klopp having been impressed by his attitude and strike rate, reckoning he can play a key role going forward.

Matip and Milner will also be offered extensions on their current deals. [Source – David Maddock] pic.twitter.com/nwvjBtwQ8c

The former Liverpool defender claimed that Origi would not take the club forward or help the club squad grow as the Champions League holders need new recruits: “For Liverpool’s sake, they should get rid of him and let him go, depending on how harsh or nicely they want to put it. He has to go for his sake but for Liverpool’s sake, they have got themselves into a place now where they need to think ‘how do we take the next step? And for me, taking the next step is making the squad better and bigger. I do not think that Divock Origi will make our squad better. Whenever he has played, whenever he has come on, generally for Firmino to give him a break, his level has dropped too far in my opinion. That is why ultimately they have to get rid of him. Now he is going to be remembered forever and one day, not only for the Champions League goal in the final but obviously for the one against Barcelona and against Everton. He will be remembered but unfortunately, as a player, he is just not good enough to be playing at the level Liverpool need to be every time they step on the field”