Liverpool Set To Make A Massive Bid For This Star, Deal To Happen Soon?

According to the latest reports, Premier League giants Liverpool are keen on signing Lille superstar Nicolas Pepe in the upcoming summer transfer window and have placed a massive bid for the Ivorian winger. The Reds managed to win the Champions League but the continental success needs to be defended and Liverpool want to bolster their squad even further for next season.

Jurgen Klopp has guided Liverpool to an extraordinary season this term and he has helped them finish runners up to a rampant Manchester City side in the top flight of English football. Though, the Merseyside club finished in 2nd place and racked up a staggering 97 points which was incidentally also their best ever campaign in the Premier League, it was just not enough and they ended up second best. 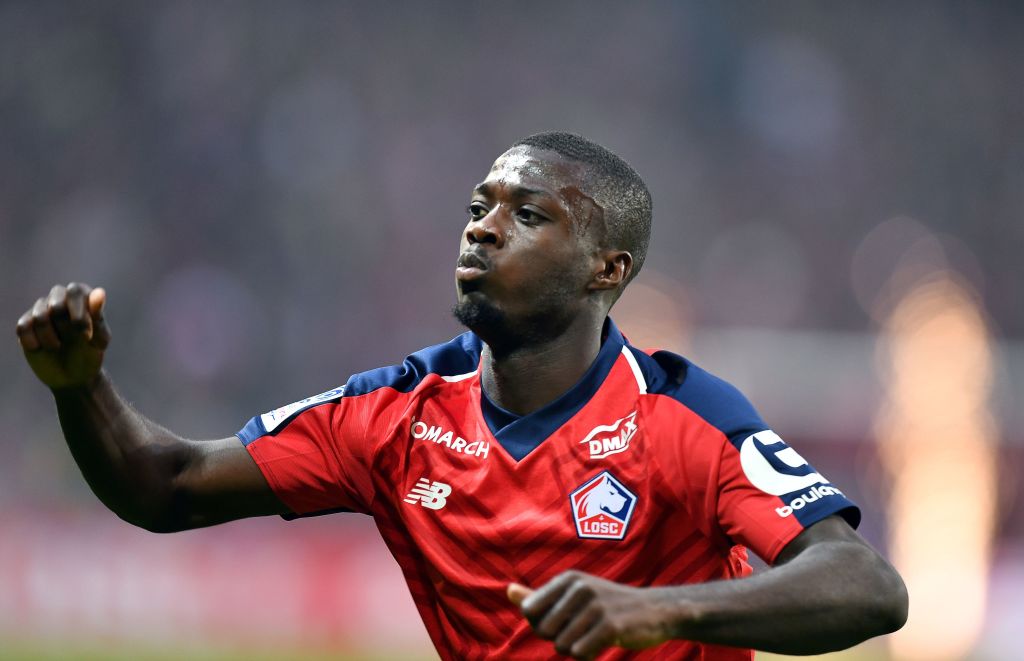 That was still not enough to keep Pep Guardiola’s men away from the title. Last season, Manchester City smashed plenty of records as they stormed their way to the Premier League title and broke multiple records in the process amassing a record 100 points to pick up the English trophy. However, Liverpool ensured that this season would be a lot more competitive and they rattled a few nerves in the Blue half of Manchester as the Merseyside outfit ended their campaign just one solitary point behind eventual champions Manchester City.

But Liverpool did have a major trophy to show for their outstanding season as they secured the European Cup for the sixth time in their illustrious history. The Reds beat Mauricio Pochettino’s Tottenham Hotspur 2-0 in the final to lift the trophy. Klopp now plans to end the 30-year drought for Liverpool without a Premier League title and give the Reds fans a lot more to cheer about next season. Therefore, the German is looking into the transfer market to purchase a few top quality players who can certainly help his side obtain that feat next term.

Reports claim that Liverpool is ready to prepare a massive bid to sign Lille star Nicolas Pepe in the summer transfer window and add further depth to their squad. Klopp confirmed that English forward Daniel Sturridge will be leaving the club in the summer after his contract expires and Liverpool will be looking at alternatives. Pepe was outstanding for Lille this season as he scored 22 goals and notched up 11 assists as well in the process helping his club to a 2nd place finish in the Ligue 1 table.

The 24-year-old winger has attracted plenty of interest from several top suitors in the European continent and Liverpool are ready to make a move for the Ivorian in an €80m (£71m) bid. Pepe could face stiff competition for a starting berth at Liverpool because Sadio Mane and Mohamed Salah will be the regular favorites. However, Klopp could also be purchasing Pepe in order to maintain the level of intensity and if anyone leaves the club, he could fit in well. Premier League rivals Arsenal and Manchester United will provide Liverpool competition in the race to sign Pepe this summer.