The recent reports have provided an injury update on Harry Kane and Roberto Firmino, who were both missing for the Champions League semi-final tie for the two clubs. The Premier League giants were lacking their spearheads up front, who are now back to lead their teams to Champions League glory. Both Liverpool and Tottenham have been given a boost, as their two front-men are expected to play the final at the Bernabeu.

Despite the good news, midfielder Naby Keita will miss the game due to an adductor injury, after going off injured in the semi-final against Barcelona. With that being said, it will be upto Fabino, Milner, Henderson and Wijnaldum to take charge, though Milner will be on the bench like in the second leg of the semis against the Catalan giants, Wijnaldum was.

The Dutchman may once again be used as a super-sub and can really make an impact in the match, if brought on at the right time. He could be one of the game-changers for Klopp this season and the fans might really go berserk if he is able to replicate his feat from the semis, where he scored a couple of quick goals after coming on into the match.

On the other hand, Kane’s route to recovery has seen him get back into the team after being on the sidelines for a few months. Also, Son has served his suspension and will be back into the team. With that being said, Pochettino will have some confusions as to who should start the game and which player should be on the bench.

Here are the confirmed lineups for the final at the Bernabeu that will be starting in less than an hour’s time. Both managers seem to have made a good game-plan for this final encounter, though it will be interesting to see which manager comes out on top in this crucial tie. 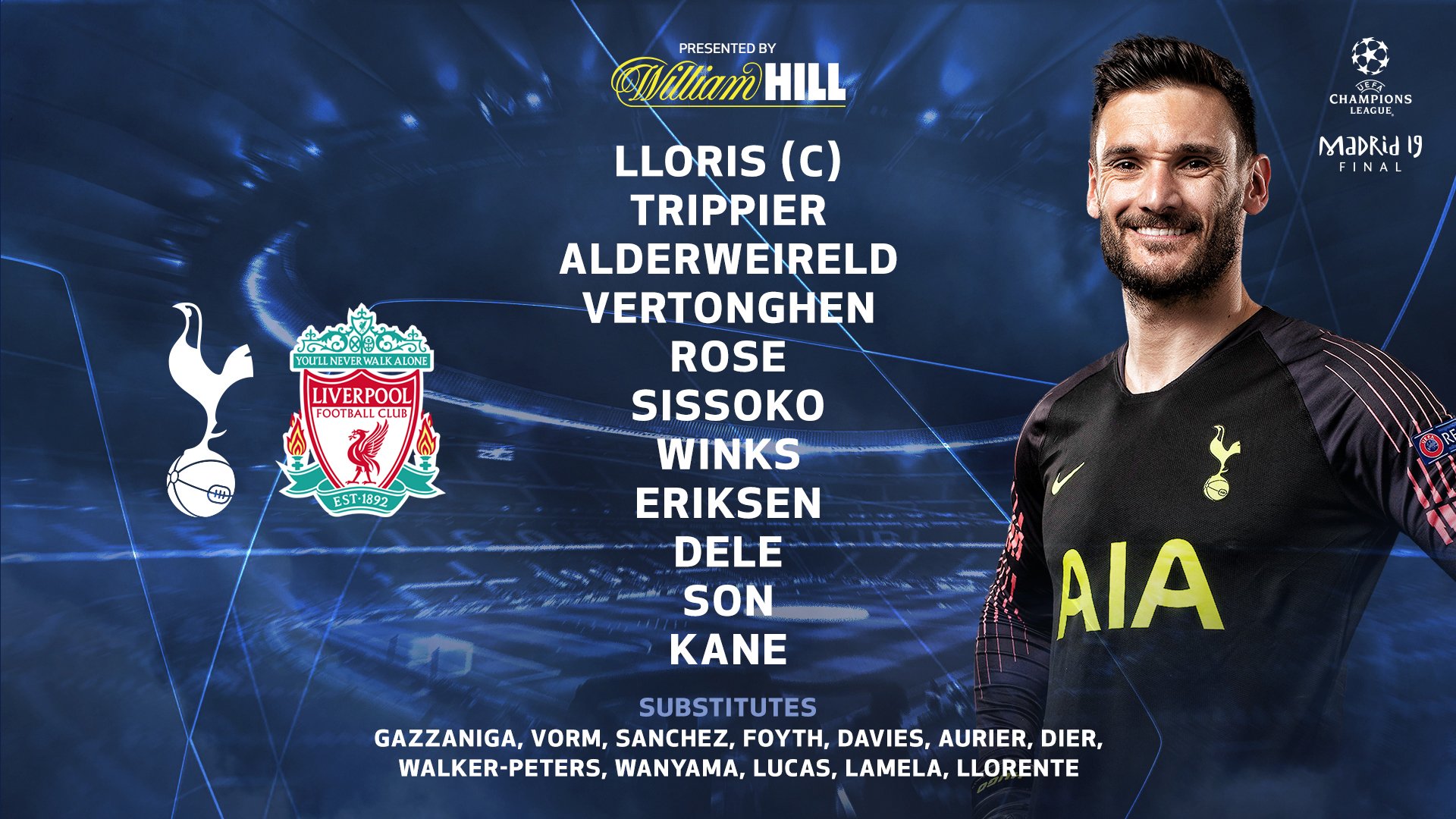 It will be the first title for both of them and they will want to make this final count. Already Chelsea have won the Europa League final and it will be interesting to see which English team claims the second European title this term.

Pochettino has looked the better manager in terms of tactics and may have more influence on this match. His team has not been the best in the league, but have gotten the job done, as and when it has been needed.

With that being said, Jurgen Klopp is blessed with a stronger side and hopefully he can get his lineup right, which sometimes is totally haywire. If that problem is solved and the wind is just right, it might be the Reds’ night, after they failed to win the trophy last term and lost to the hosts of the night.

It will be a great spectacle for the neutrals and we hope that it is not as dull as the first half of the match between Chelsea and Arsenal on the 29th. Let’s see which team eventually comes out on top.