The Player That Manchester United Wants- Atletico Madrid star forward Antoine Griezmann has announced that he will be leaving the club at the end of the season. In a video released in the club’s website and social media handles Griezmann can be seen announcing his exit in Spanish. “After talking with Cholo [Diego Simeone], Miguel Angel and the people from the offices, I wanted to talk to the fans who have given me a lot of love,” he said.

The Comments Further Made By This Manchester United Target

“I have decided to leave. See other things. have other challenges and with great difficulty, this is what I feel and I need.”

“It has been five great years where I have won my first important trophies with a club. It has been a very important stage.”

“I have enjoyed it a lot. Have left everything in the field. I have tried to behave well. Have tried to give joy to the people who have come to the Metropolitano and also away from home. I only have gratitude for all of you.”

Barcelona are reported to be front-runners in the signing of the player. Manchester United are rumored to be close competitors too. There were initial rumors of Bayern Munich also being interested in the player. Their sporting director Hasan Salihamidzic had been in Madrid to meet a player agent a few days before Griezmann made the announcement. But subsequent reports suggest that it was for Rodri, a ball playing number 6 who Bayern have made a priority this summer.

Can The Red Devils Actually Manage To Sign Him?

For both Barcelona and Manchester United, this is not going to be the first time that they are approaching to sign the player. Jose Mourinho wanted the player to lead the forward attack at Manchester United a couple of summers ago in 2017. While Barcelona wanted to sign him last summer. They were embarrassed heavily as the world cup winner went on to extend his contract at Atletico. 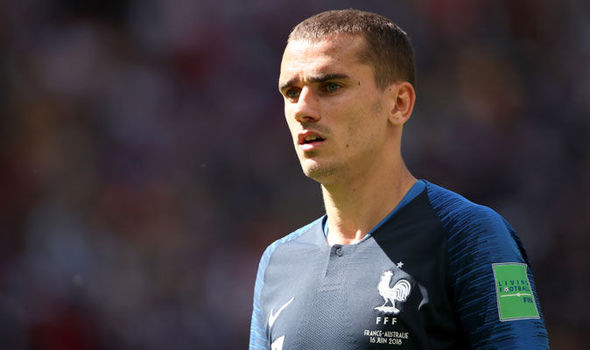 There is, however, one jolt in the pursuit of Barcelona signing Griezmann. There are internal reports that certain players in the dressing room at Camp Nou are not wanting Griezmann to be a part of their squad next season. They are being vocal about it.

This unrest at Barcelona is Manchester United’s gain. The Red Devils definitely would benefit largely from the services of a forward of the quality of Antoine Griezmann. Ed Woodward and Ole Gunnar Solksjaer should do everything they can in order to convince Griezmann to be at Old Trafford next summer. The former Real Sociedad player has developed into a world class attacker during his five seasons at Atletico. He has both an eye for goal and creative abilities.

Griezmann’s exit will however be a huge blow to Atletico Madrid. They are already facing an exodus with the likes of Lucas Hernandez, Diego Godin and Juanfran. These players are already leaving the club this summer. The likes of Rodri and Thomas Partey are also rumored to be tracked by clubs outside of Spain. Their exits would mean half of the starting lineup for Atletico will end up changing next season.